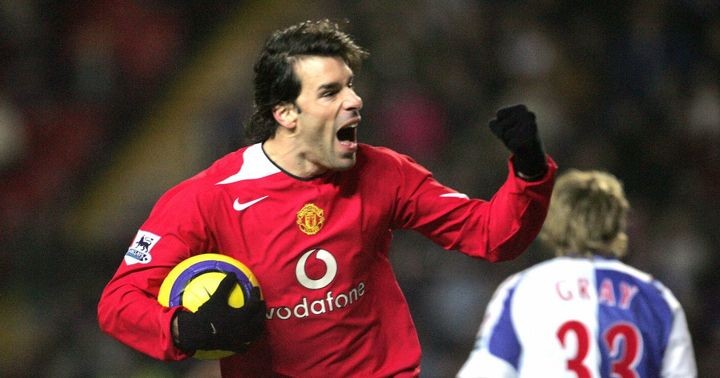 For Manchester United fans of a certain age and generation, there were few better - or more idolised - than Ruud van Nistelrooy.

That is why it feels such a shame that the legendary Dutchman walked away from Old Trafford in 2006 with just one Premier League winner's medal, plus FA Cup and League Cup gongs. It's a meagre haul of silverware for such an influential footballer who brought so much to United beyond his (frankly astonishing) tally of 150 goals in 219 appearances.

Van Nistelrooy wasn't just an instinctive and natural goalscorer, whose highlight reels are currently cropping up more regularly on the internet during this unprecedented footballing hiatus. He deserves to be remembered for carrying United's attack while two youngsters, in Wayne Rooney and Cristiano Ronaldo, were taking their first baby steps under Sir Alex Ferguson.

United might find that Odion Ighalo can now carry out a similar task.

Initially, when Ole Gunnar Solskjaer's side completed a loan for the Shanghai Shenhua striker until the end of the season, there was laughter from supporters of United rivals at a perceived panic signing made in the dying embers of the January window.

At the point of this season break, however - due to the spread of coronavirus throughout Europe - Ighalo has four goals in three United starts. They aren't laughing anymore. There are serious discussions ongoing about a permanent deal for the 30-year-old, although his Chinese Super League club are also said to be keen on keeping him.

Comparisons have been made between Ighalo and Henrik Larsson, Van Nistelrooy's temporary replacement in the 2006/07 season, but now the former Watford man could join Solskjaer's men on a permanent deal there are parallels to be drawn with the former PSV goal-getter as well. Ighalo is going beyond Larsson levels of impact.

Rio Ferdinand recently revealed the extent of Van Nistelrooy's hunger for goals at United, the true sign of an out-and-out No.9.

"Then someone will go, 'Thierry has scored two today, Ruud has only scored one, so he's a goal behind now.'

"And he's sitting there devastated, and you can see it. I used to sit there and this guy is mad, we just won 3-1, he's scored a banger, set someone up as well, and he's disappointed."

Ighalo hasn't quite got to the stage of competing with legends like Henry for the Golden Boot, like Van Nistelrooy did, but he has the same desire for goals that only a poacher has. Mason Greenwood, Marcus Rashford and Anthony Martial - Solskjaer's initial choices for the central striking role at the season's outset after Romelu Lukaku's departure - have plenty of attributes, but none are a specialist in that role.

And just like Van Nistelrooy helped Rooney and Ronaldo develop their own goal-scoring prowess before moving on, Ighalo can do the same for the current trio, fitting in wherever necessary and being that target man when United need one.

His arrival came in the wake of a Rashford injury, but if United make Ighalo's stay permanent, the Nigerian can take some of the burden for goals off Rashford - who it's easy to forget is still only 22. He will also allow Greenwood to make a smoother transition into the first team.

Solskjaer said at one stage earlier this season he wanted versatile forwards rather than an old fashioned No.9. But he changed tack in mid-season, saying he wanted a striker who would "break his nose to score a goal" and soon after signed Ighalo.

Van Nistelrooy was very much in the 'would break his nose' vein. Ighalo surely won't emulate Van Nistelrooy's Old Trafford achievements but he can have a similar effect if a permanent deal is done.