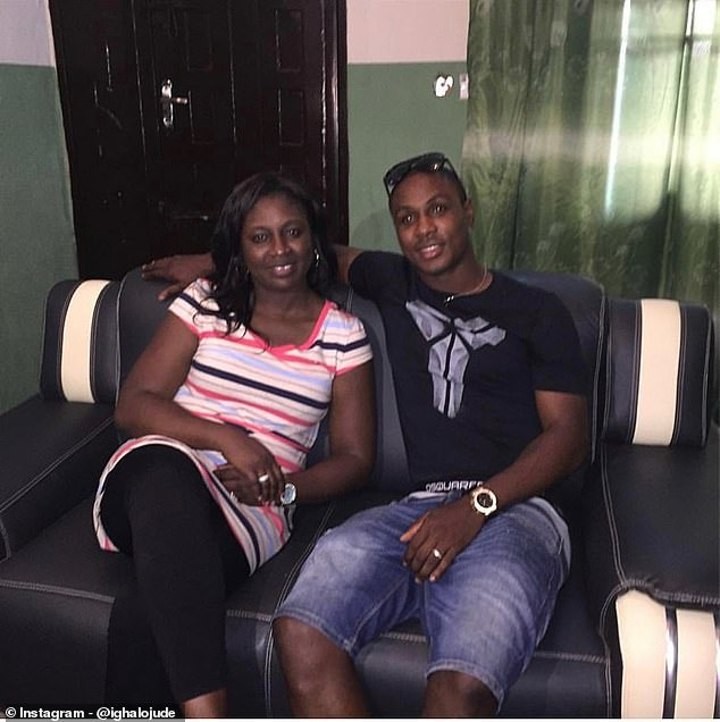 Manchester United striker Odion Ighalo will dedicate every goal to his late sister, who tragically passed away suddenly in December.

The 30-year-old has his sibling's name etched onto his football boots, and will also don a white undershirt with her name on it when United travel to top four rivals Chelsea on Monday.

And Ighalo revealed he remains struggling to come to terms with the loss.

'I feel very emotional because it has not really struck me that my sister is gone forever and I am never going to see her again,' the frontman revealed to The Sun.

'Sometimes when I am alone and I just remember her, I have one sharp pain in my heart.

'My twin sister, Akhere, will call me, crying, saying she misses her and, sometimes when I am alone, I cry too.

'It is a very painful loss but I am trying to be strong as a man.'

Mary Atole died at the age of 43 after collapsing at her home in Canada on December 12, and Ighalo revealed the shocking news with a poignant tribute on Instagram.

The striker's late sister was a passionate United supporter and had a framed picture of her wearing a personalised club jersey in her home.

And United's newest signing outlined the touching way he would pay tribute to Mary.

He said: 'Every goal I score from now until I finish my career will be dedicated to God and to her.

After the surprise deadline day loan switch was completed, Ighalo travelled to Manchester but remained behind as the rest of the squad jetted off for a warm weather training camp in Spain.

Ighalo has undergone an extensive programme with a personal trainer near the Lowry Hotel, and will join up with his new team-mates ahead of United's trip to Stamford Bridge.

The striker remained away from the club's Carrington base for a two-week period as a precaution amid the coronavirus outbreak, but will likely be among the substitutes for United's crucial clash in the capital.