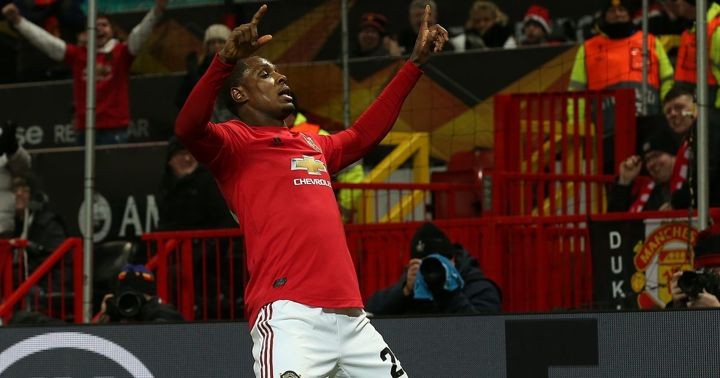 Odion Ighalo's former Nigeria manager Sunday Oliseh has urged him to do everything in his power to extend his Manchester United stay.

Ighalo is understood to be keen on making his loan move to United, from Chinese Super League club Shanghai Shenhua, permanent.

Several wagering firms have tipped the Nigerian striker for greatness in the EPL but following the suspension of the league because of coronavirus that odds have been halted.

Even other aspects of sports wagering like casino have waded into the matter. You can follow CasinoViking’s guide to new casinos in the UK

That's after Ighalo hit the ground running under Ole Gunnar Solskjaer, scoring four goals in three starts before all European football was shut down due to the coronavirus pandemic.

Solskjaer has hinted that United could completed a permanent deal for the 30-year-old, though United are also been touted for some big-name strikers in the transfer window.

It has been suggested that Ighalo would earn more by returning to Shanghai, but Oliseh told the striker to stay at Old Trafford.

"Manchester United are one of the biggest clubs in the world and Ighalo must do everything to stay at the club," Oliseh told Nigerian media.

"It would be better to be remembered as an ex-Manchester United player than an ex-Watford player. Joining United is the greatest thing to happen in his life and it will help his profile even after he is no longer playing."

Solskjaer spoke on Ighalo's future after United's most recent game before the shutdown, a 5-0 Europa League victory over LASK in which the Nigerian scored a stunning goal.

"Odion has done really well since he came in and he's enjoying himself," Solskjaer said.

"And he will improve and get better but he has qualities we saw in him and we needed and we will still need those qualities for next season, so let's see what we will do.

“He's a goalscorer and a striker, he doesn't worry too much about all that nonsense; build-up play - that's a joke, obviously.

"He knows his job and what his role in the team is, and he's very good with his back to goal, great link player, but maybe the best thing about him is his personality, so he's got the whole lot really."