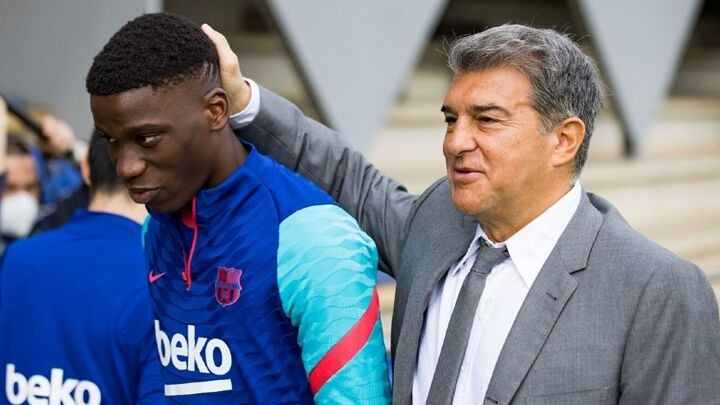 Barcelona are set to travel to Germany on Wednesday as part of their pre-season preparations under Ronald Koeman. One player who won't make the trip, however, is Ilaix Moriba, as he and the club struggle to reach an agreement over a new contract for the midfielder.

Both parties have been working around the clock to potentially extend his contract, which runs out in June of 2022, but the 18-year-old's high demands have thrown a spanner in the works. The club have subsequently demoted him from the first team to the B side for the time being.

The youngster, who is being tracked by various clubs around Europe, is well aware of the consequences of not being involved in the first team's preparations for another week in terms of his progress.

Nevertheless, he isn't happy with the terms presented to him by the Camp Nou side, who want him to stay, and believes he deserves more considering his performances last season as he broke into the first team.

He made 18 appearances last campaign and would be involved in Koeman's plans this coming year after the failed attempt to sign Georginio Wijnaldum from Liverpool.

Barcelona came out in defence of their player yesterday, after he received serious racial insults via social media following the stalling of his contracting negotiations.

"We love football, we fight racism," the club wrote on social media.