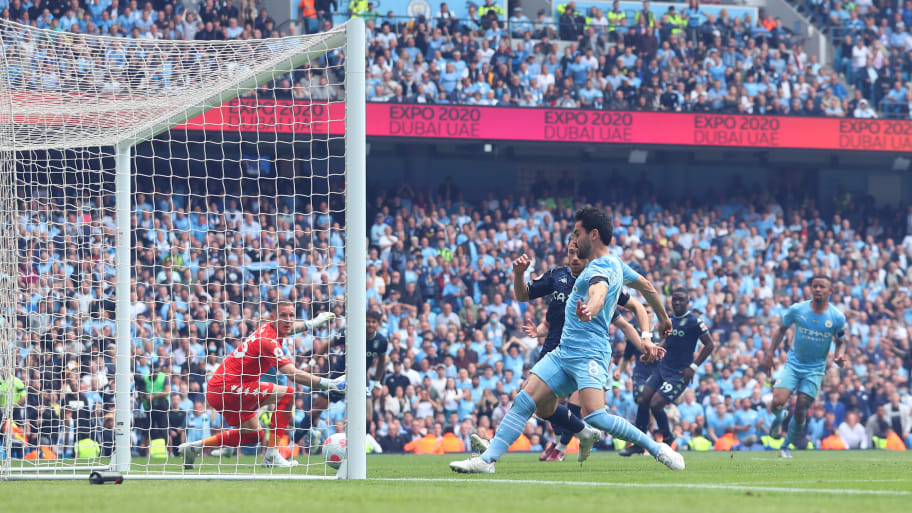 Ilkay Gundogan has hailed Man City's 'unbelievable' comeback against Aston Villa which secured the Premier League title on the final day of the season.

City were two goals down late in the second half, but Gundogan's substitution proved to be the catalyst for Pep Guardiola's men to go on and win the game 3-2 - with the midfielder scoring two of the goals.

Speaking after the game to Sky Sports, Gundogan said:

"I don't know what to say to be honest, I don't even know what the Liverpool score was at the end. But yeah, obviously it was fantastic in the last 15-20 minutes to score three goals. It's unbelievable.

"Honestly, we are all human beings and after going two goals down the chances [of City winning the title] were very, very small and obviously we knew that on the pitch.

"We had to do the simple things again and in the best possible way, and scoring two goals in a few minutes and then having ten minutes to score a third one, gave us the right lift.

"We are proud of ourselves today."

Gundogan also took the time to praise Liverpool, stating: "I know it's tough to say but if Liverpool were not there - playing incredible football - I don't think this league would've been that attractive.

"Even though they, again, finished just one point behind us, I think they played an incredible season and I think we pushed each other to the limits. Even though it's sad day for them, we need to appreciate what they've done."