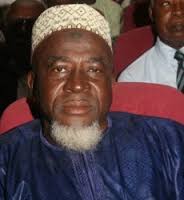 Owner and bankroller of King Faisal, Alhaji Karim Grunsah says he will be a touch bearer of truth and equality when elected as the next President of the Ghana Footballl Association.

According to the controversial and outspoken football administrator, the demise of the Kwesi Nynatakyi-led GFA was largely because of the selective justice, nepotism and cronyism that became a daily routine getting to the tail-end of his 13 year tenure in office.

Speaking on Accra based Asempa FM on Thursday, Grunsah said he has not abandoned his desire to the lead the FA after the Normalisation Committee has left office in September.

“I have not given up on my dreams of leading the FA, and I assure you that I will contest the upcoming elections. I want to lead with truth and equality. I will not shield or condone wrongdoing because the perpetrators are my friends,” he said.

According to Alhaji Grunsah whose clubs help churn out fine footballers such as Osei Kuffuor, there is finally some clarity regarding the future of Ghana Football following their (football administrators) meeting with the Normalisation Committee.

Earlier this week, some club administrators were invited by the Normalisation Committee to discuss and deliberate on the way forward as the NC starts the process of handing over the running of football to the main actors, often referred to as ‘football people’.

Part of that roadmap includes the organisation of elections to find a successor for Kwesi Nyantakyi after the former CAF Vice President was forced to resign in the midst of the Number 12 documentary which revealed widespread corruption in the Ghanaian game.