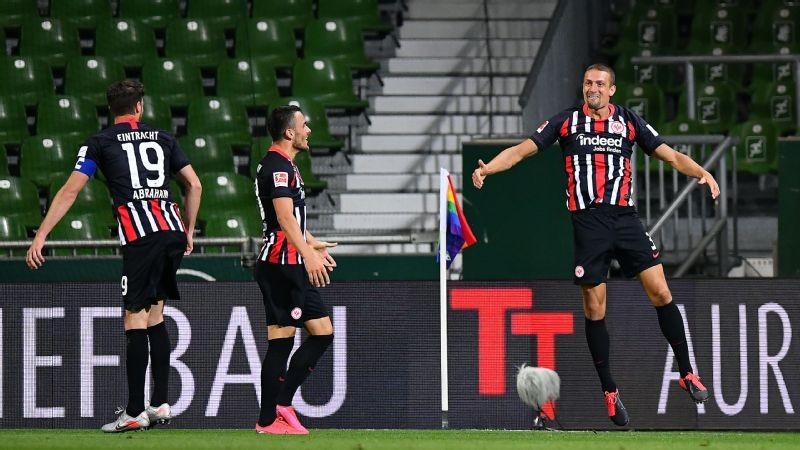 Eintracht Frankfurt substitute Stefan Ilsanker scored twice in 10 minutes to complete a 3-0 win away to Werder Bremen, who stayed in the Bundesliga drop zone on Wednesday as their dismal home record continued.

Forward Andre Silva headed the visitors ahead in the 61st minute of a physical match and Ilsanker took advantage of poor marking to turn in the second in the 81st, less than one minute after coming on. The Austrian also headed in his team's third eight minutes later.

Werder extended their winless league run at the Weserstadion, where they have won only once in the league all season, to 12 matches and stayed 17th in the 18-team table with 25 points from 29 games, two adrift of Fortuna Duesseldorf.

Eintracht climbed to 11th with 35 points.