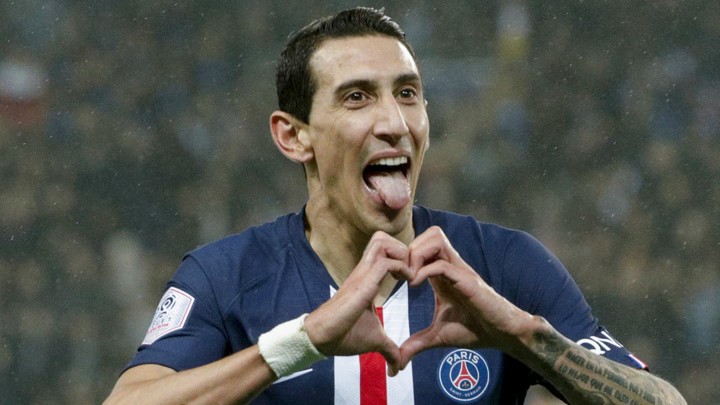 Angel Di Maria says he is happy he did not join Barcelona when they tried to buy him from Paris Saint-Germain three years ago.

The Argentine winger joined PSG from Manchester United in 2015 but was linked to the Spanish outfit after Neymar moved in the opposite direction in a world record deal in 2017.

The Catalan side ended up signing Ousmane Dembele from Borussia Dortmund after their efforts to sign Di Maria collapsed and the former Real Madrid attacker is glad the club decided not to sell him.

"I was very happy in Paris, but people at the club at the time told me some things, which turned out to be lies in the end," he told L'Equipe.

"Barca tried to get me to come. The two clubs discussed it, but PSG did not want to sell me and it ended there.

"These lies annoyed me a lot but, in the end, not leaving was a good thing because I am very happy in Paris today."

The 32-year-old's contract expires in 2021, but he hinted that he will extend his deal as he wants to see out the remainder of his career with PSG.

"I want to end my career in Europe with PSG is the only thing I want and have in mind," he added.

"I'm happy here, my family is too. As for the rest, I don't know for the moment. No discussions have been initiated and this is not my intention at this time. I want to focus on the field, the rest will come later."

Di Maria has won four consecutive Ligue 1 titles as well as the Coupe de France and Coupe de la Ligue three times each during his time with PSG.

His Champions League triumph came during his time at Real Madrid, but he hopes to claim the European crown with his current side before he departs.

"It would be amazing to win it again. Not only to win the trophy, but because of the affection I have for the club and for its supporters," he said.

"I have the feeling that over the past two seasons, I have won the respect of the supporters.

"Mentally, it changed a lot when I felt that they encouraged me more, that they sang for me. It gave me a lot of strength, I try to thank them for what I do on the field.

"If I could bring them the Champions LEague before leaving, it would be perfect to end our story."