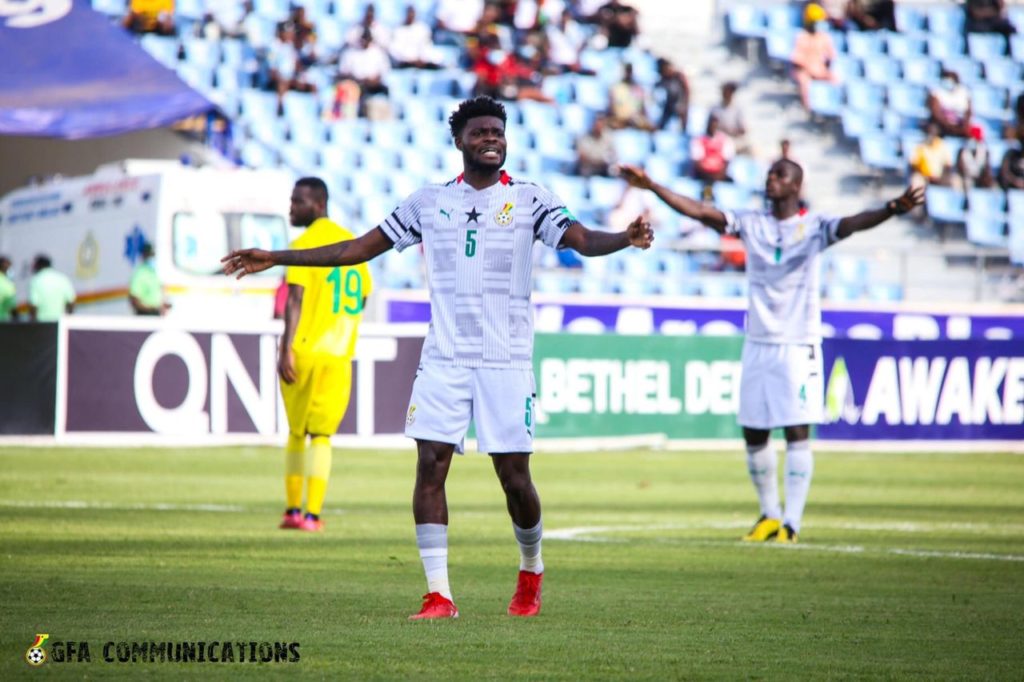 Black Stars deputy captain, Thomas Partey says he is ready to sacrifice and play in any role given him by Coach Milovan Rajevac.

The Arsenal midfielder was among the goal scorers on Saturday as Ghana defeated Zimbabwe 3-1 at the Cape Coast Sports Stadium in matchday three of the 2022 FIFA World Cup qualifier.

Partey who started the game as a defensive midfielder was pushed further up on the field after the introduction of Real Mallorca’s Baba Iddrisu in the second half as the Black Stars searched for more goals.

The former Atletico Madrid midfielder quickly found the back of the net in the 66th minute as Ghana went 2-1 against Zimbabwe.

Andre Ayew sealed the victory with three minutes to end normal time as he headed into the net from close range.

Speaking at the post-match conference on his preferred position in the Black Stars set up he said:

“Everywhere on the pitch where I can help the national team, I’m ready to sacrifice everything.

“I don’t mind defending, I don’t mind attacking but every time I have to play in Ghana I’m ready to sacrifice anything and play in any position.”

Ethiopia who were pummeled at home by South Africa, have three points in third with Zimbabwe on one point at the bottom of the group.

Ghana will play the second game of the doubleheader in Harare against the Warriors on Tuesday, October 12.