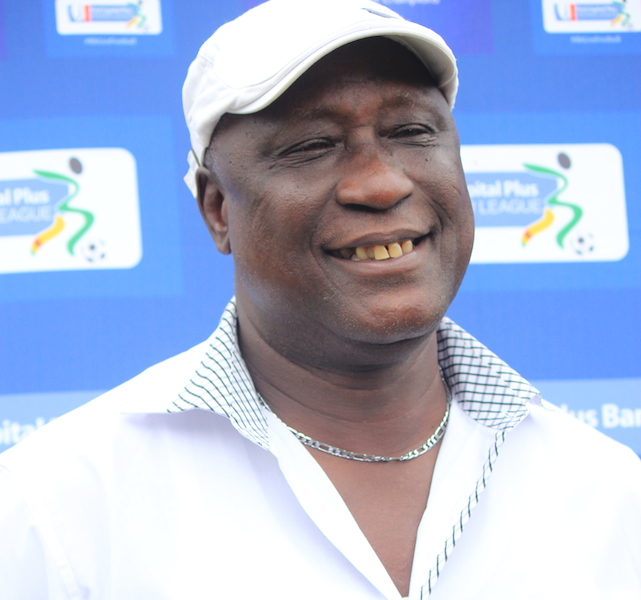 I am ready to vacate my position as coach of Ebusua Dwarfs to avoid any step aside letter from management, according to Bashir Hayford.

The Crabs have started the 2017/18 Ghana Premier League campaign on stuttering note after picking just picking 5 out of a possible 18 points.

The Cape-Coast based side suffered their third defeat of the season at the Baba Yara Sports Stadium when they lost 2-1 to Asante Kotoko in Week 6 on Wednesday.

Following the side's poor performance, Coach Bashir Hayford says he will walk out on the job to preserve his record of not facing the axe before management decides to wield the axe.

"I'm packing my belongings to leave Cape Coast because I know I will be asked to step aside looking at the results churned out after 6 matches, I may want to go because I don't want to be disgraced," Hayford told Oyerepa FM.

"I have never been sacked by any club but I always leave quietly when things are not going right. The referees are behind this, after these 6 games, I can say the referees have not changed, can you imagine these same set of referees were banned last year for not performing and they [referees] say it's payback time, can you imagine that. I won't be surprised if am asked to step aside."

"I know I didn't lose yesterday's match but want to thank Dr Leat of Kotoko, he saved my player Paul Abeka."

Dwarfs will host Liberty Professionals on Match Day 7 at the Cape Coast Sports Stadium on Sunday.