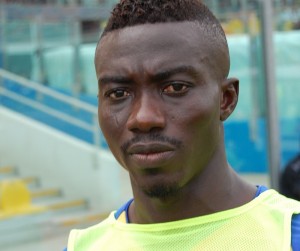 Ghana and Hearts of Oak legend Bernard Don Bortey is struggling to come to terms as to why Ghanaian football icons Asamoah Gyan and Andre Dede Ayew have failed to win the CAF African best player award.

Asamoah Gyan and Andre Ayew have both been runners up in the prestigious award in 2010 and 2011 respectively.

The last Ghanaian to have been crowned African footballer of the Year was Abedi Pele from 1992-1993.

According to Don Bortey, its quite surprising as to why some Black Stars players have failed to win the award despite their contribution to the game and achievement on the continent.

"Only Abedi Pele [Ayew] has been Caf African best player in Ghana,” he told Goal.com

“I’ve been worried about why Asamoah [Gyan], Kwadwo Asamoah, [Andre] Dede Ayew, [Christian] Atsu, as skillful as they are, have not been able to win it,” he added.

In the last decade Asamoah Gyan, Michael Essien, Dede Ayew are the only Ghanaian players to have come close to winning the title.

In the last CAF Awards held in 2019 in Cairo, Thomas Partey was made it into the  the CAF Best XI