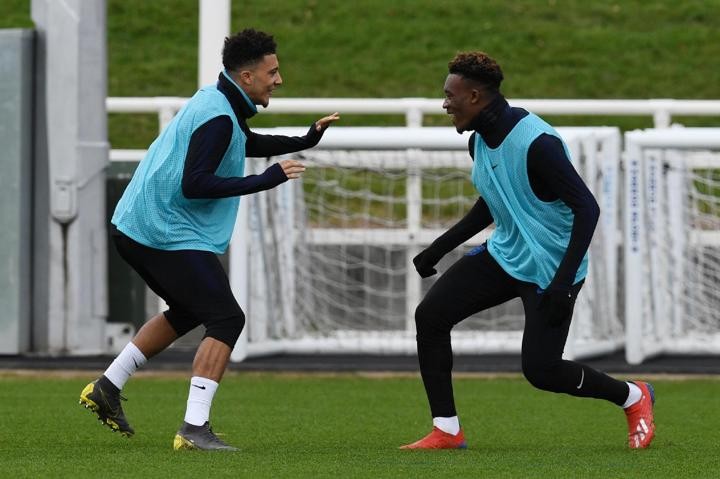 Chelsea winger Callum Hudson-Odoi has called out England team-mate Jadon Sancho, stating he is ready and waiting for a game of Fifa.

The 19-year-old became the first Premier League player to contract coronavirus but how now made a full recovery, describing his condition as “perfect”.

He is now targeting a return to Premier League football, also touting a place in the England squad for the postponed European Championship as another of his aims.

While he waits, he waits for football in this country to resume, he is eager to put his Fifa skills to the test against fellow Londoner Sancho.

The Borussia Dortmund superstar has been heavily linked with a move to the Premier League, Chelsea among the list of reported suitors, with the 20-year-old revealing Frank Lampard and Didier Drogba as inspirations of his.

While Hudson-Odoi and Sancho could soon find themselves competing for a place in the team both nationally and domestically, there's an online score to settle first.

“[Sancho] always says he's better than me at the game but he knows he's not,” Hudson-Odoi said on BBC's Football Focus.

“I'm waiting for you to play me right now. I don't care where you are, what you're doing – you need to play me. Make sure you're ready.

“Every time I speak to him, I say 'Sanch', let's play FIFA. We never get to play but now I'm ready.

Hudson-Odoi – who scored one goal and assisted four in 17 Premier League assists prior to its indefinite suspension - also had a message for those working in the NHS.

“I really appreciate all the work that they're doing,” he said. “They're putting hours upon days in and saving lives.

“I want to say thank you to everybody that's helping the patients in hospitals. Keep doing what you're doing and hopefully everybody will be out and back to normal.”