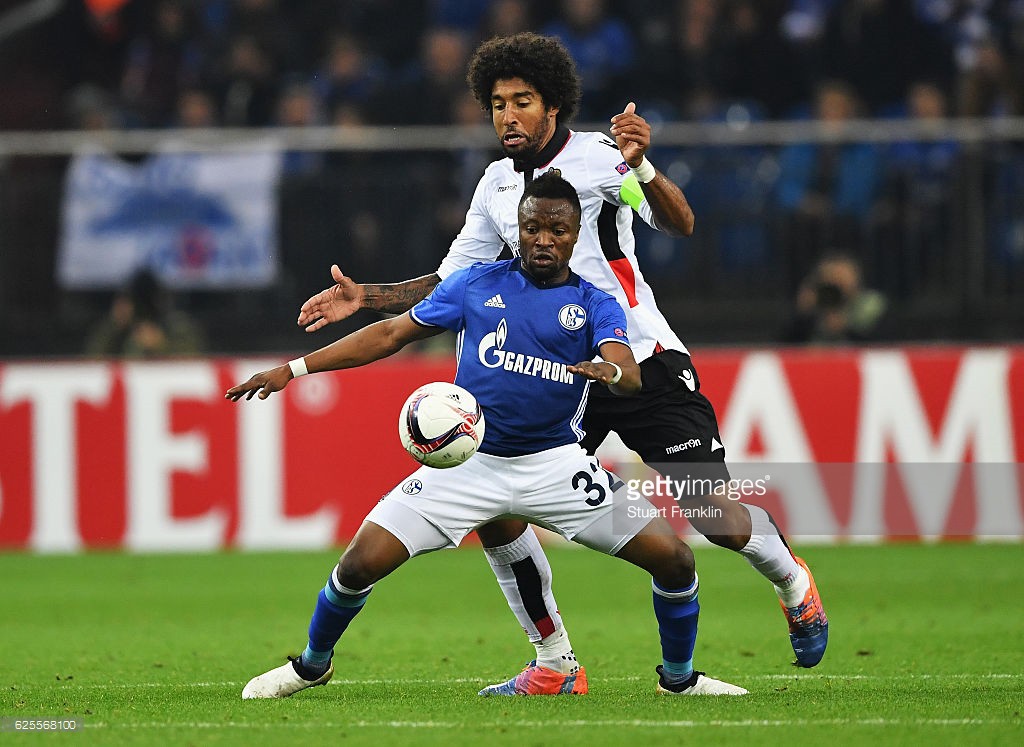 Bernard Tekpetey during the UEFA Europa League Group I match between FC Schalke 04 and OGC Nice at Veltins-Arena on November 24, 2016 in Gelsenkirchen, Germany.

The 19-year-old menacingly meandered his way through three Nice defenders before he was fouled inside the box in the Group I clash.

Center referee Əliyar Agayev awarded a penalty in favour of the Unistar Academy player who was making his professional debut for the Royal Blues since he joined them from the Ghanaian side last season.

Tekpetey came close to scoring the opener early in the game but his header went until he won the penalty on the 79th minute which eventually converted by German-born Nigerian Dennis Aogo.

The promising youngster was sent off in the 93rd minute receiving a booking on a second bookable offence on the night.

Watch video highlights of his performance in the Youtube video below.