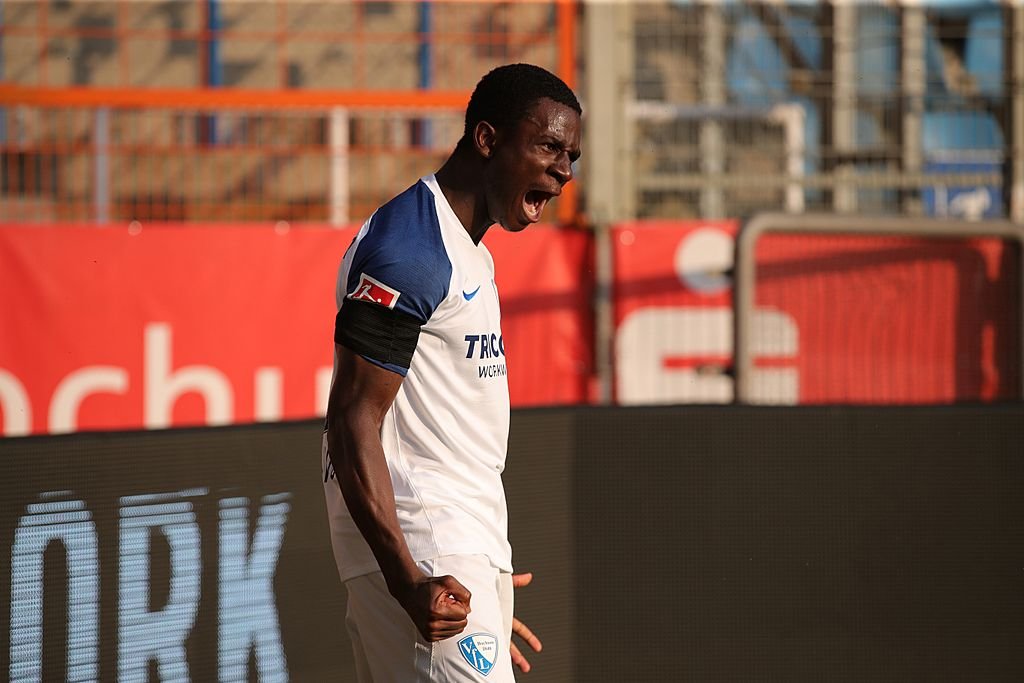 English-born Ghanaian defender Jordi Osei Tutu was on target again for VfL Bochum as they defeated Holstein Kiel 2-1 in the German Bundesliga 2 on Wednesday.

Bochum exhibited another thrilling performance when they welcomed Kiel to the Vonovia Ruhrstadion on Wednesday.

The Blue and Whites went into the match with a healthy record of five-match unbeaten streak and were hoping to add another victory to improve their position on the standings.

And despite creating several chances, the hosts could not break the deadlock as the first half was brought to a halt.

But Bochum soon got their tails up following a 49th minute strike by Jordi Osei-Tutu. The right-back maintained his cool as he arrived to finished the ball for the opening goal and register his fourth of the season.

The hosts extended their advantage in the 63rd minute through a close range finish by Silvère Ganvoula before Jonas Meffert grabbed a consolation for the visitors in the 74th minute to end the match 2-1.

Osei-Tutu was replaced on the 93rd minute mark as Bochum squeezed a narrow win in a match played before closed doors due to the coronavirus crisis.

His compatriot David Atanga started the game for Kiel but he was replaced in the 56th minute.