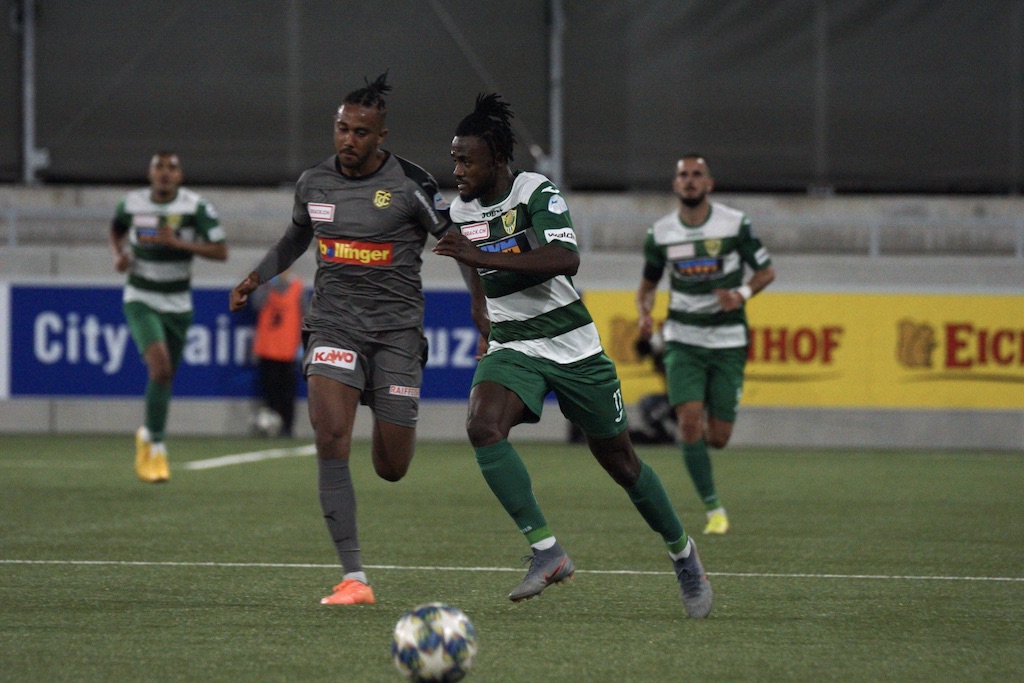 Ghanaian forward Asumah Abubakar registered his name on the scoresheet for SC Kriens in their 4-4 draw with Grasshoppers in the Swiss Challenge League on Friday.

Grasshoppers began the game on a bright note, putting three goals past SC Kriens before the half-hour mark courtesy a brace from Nassim Ben Khalifa and Fabio Fehr's solo effort in the 16th minute

But the hosts lead was reduced following a strike from in-form Ghanaian hitman Asumah Abubakar in the 31st minute.

Igor Tadic grabbed a brace for himself in the game in the 37th and 59th minute as Mychell Chagas made it 4-3 for the visitors through a spot-kick.

On the 74th minute, Liridon Berisha rescued SC Kriens from a home defeat with a superb finish to end the match in a four-all draw.

Abubakar lasted the entire duration of the match.

The 22-year-old has scored 15 goals in his 34 game outings for SC Kriens this season.

He joined SC Kriens on a free transfer after ending his stint with Dutch club MVV Maastricht.

He was withdrawn from the 2016 UEFA U19 Championship by Portugal after making two appearances over eligibility concerns.