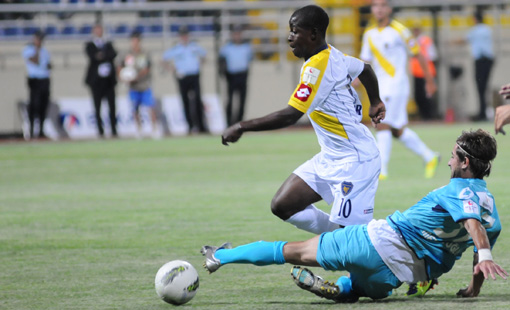 Forward Torrick Jebrin believes his performance in the Turkish second division with Bucaspor should be rewarded with a national team call-up.

The 20-year-old has enjoyed regular play time since his move to Turkey from Ghanaian giants Hearts of Oak and is adamant his form is good enough to warrant a place in any of the national sides he is eligible to play.

â€œMy performance here over a period of time has been very good of which I believe I deserve to be called to the national team,â€ he told Takoradi-based Melody FM.

â€œI have played in the local Black Stars team and have been called to the U-20 before, I donâ€™t know the plans of the coach in Ghana but I believe am good enough to play for the national team.â€

Jebrine scored in Bucaspor's last league outing in their 5-1 demolishing of GÃ¼ngÃ¶ren Belediyespor last Sunday and will be in action when they next take to the field at home to Giresunspor on November 14.