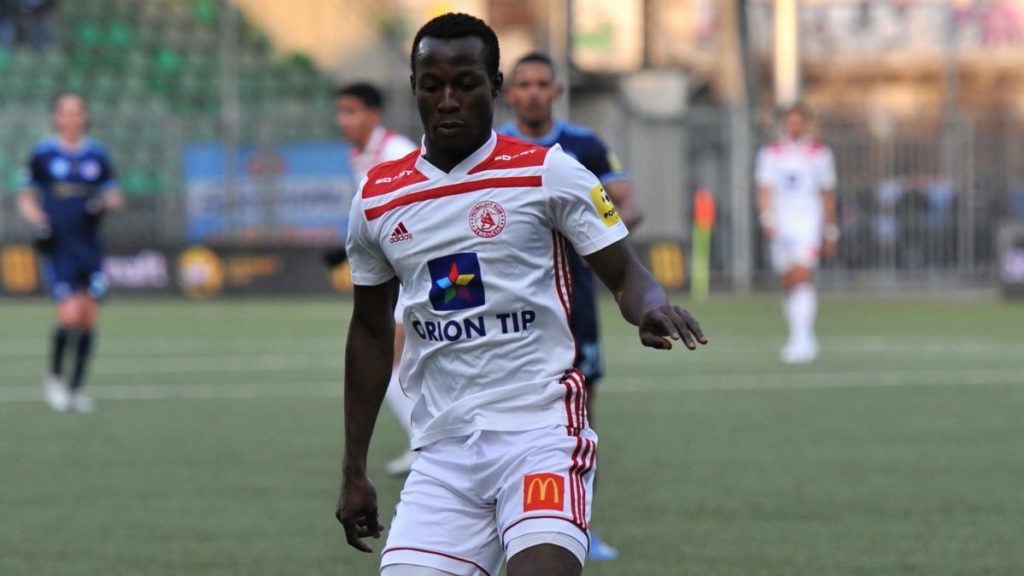 In-demand Ghana youth winger Osman Bukari demonstrated why he is wanted by some of the top clubs in Europe as he emerged as the hero for AS Trencin in their vital 3-2 away win over ViOn Zlaté Moravce in the Slovakian top-flight league on Saturday.

The 21-year-old scored his tenth goal of the season in Saturday's match, making him the fifth highest scorer in the league even though he is not a striker.

The talented young star celebrated his ninth Team of the Week appearance with the match-winning goal to spur AS Trencin to the much needed victory.

A brace from Jakub Kadak saw AS Trencin finish the first with a a healthy lead.

Osman Bukari extended the visitor’s advantage with a sublime strike in the 57th minute.

But ViOn Zlaté Moravce rallied to reduce the deficit courtesy goals from Tomas Dubek and Martin Koval in the 60th and 77th minute respectively to set up a nervy finale.

However, Trencin held on to record a 3-2 win against their closest rival.

The victory helped them extend their lead at the summit of the standings to 33 points, four more than Zlaté Moravce after match-day 24.

Bukari has scored 10 goals and provided 14 assists in 27 league appearances for the club this term.

His performances is what has led to several clubs changing including Portuguese giants Sporting Lisbon chasing after his signature.

Bukari joined the Slovak top-flight side in 2018 from Division One side Accra Lions.