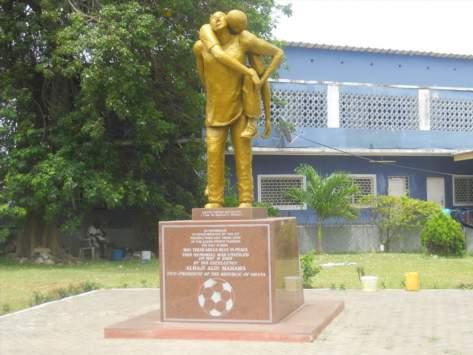 It was one of the gory days in Ghana football as 126 people perished to watch their darling Hearts of Oak take on rivals Asante Kotoko in a league match.

The buildup had been very good, both teams had prepared well for the encounter but what was to happen after the game on May 9, 2001 was something no one saw coming.

It had rained the fateful day so the usual 3pm kickoff had to be delayed for later in the evening, building even more excitements and expectations of the game.

Kotoko had taken the lead through speedster Lawrence Adjei to send their fans into a state of frenzy but Hearts pulled even through talismanic striker Ishmael Addo.

Addo again popped up in the dying minutes to snatch a win for the Phobians but that goal was highly disputed as the assistant referee was reported to have flagged for an offside.

That call was however ignored as Cape Coast-based Referee Wilson Sey who had already given a goal.

Moments later, canisters of teargas were fired into a rioting crowd by the police leading to a stampede at the packed Accra Sports Stadium.

126 people were later confirmed dead with many others sustaining various forms of injuries.

A committee set by the government months later produced a report of the causes and made recommendations to avert the occurrence of any of such disasters in the future.