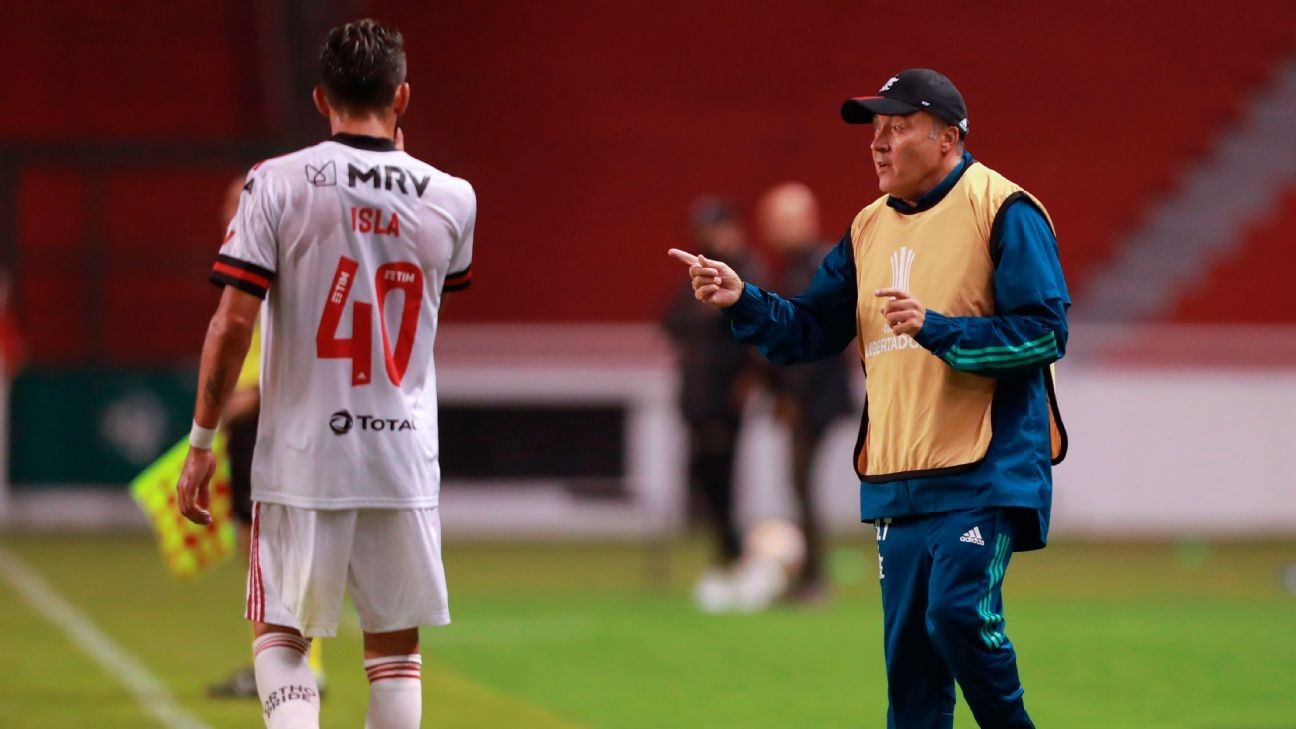 Domenec Torrent spent years as assistant to Pep Guardiola, in three different countries before a solo spell in charge of New York City FC. But nothing in his career could have possibly prepared him for his debut match in the Copa Libertadores, South America's Champions League. His new team are Brazilian giants Flamengo, the reigning continental champions, and on Thursday night they were massacred 5-0 by Independiente del Valle, a tiny club from Ecuador.

To be fair, Del Valle are probably the most remarkable club in South America at the moment. They are a little outfit from the outskirts of Quito and -- in the absence of a long tradition and mass support -- are shielded from the usual populist pressures, which makes it easier to carry out their plan. The club exists to develop and sell players. They do it so well, and are so well run, that they can sell their best assets and still remain competitive, both because they have a new crop of youngsters ready to step up, and because they have a fine eye for the market and are consistently able to bring in undervalued players and make them useful. They also have a first class coach in the young Spaniard Miguel Angel Ramirez, who last year took them to triumph in the Copa Sudamericana, CONMEBOL's Europa League equivalent.

At home they can count on the powerful and undeniable advantage of altitude: Quito lies 2,800 metres above sea level. Unacclimatised opponents can find themselves gasping for oxygen in the rarefied air and goalkeepers run the risk of being surprised by the extra speed of a ball that meets less air resistance. Playing at altitude requires specific planning and it was apparent on Thursday that Torrent had not done any.

This is hardly surprising. He had never encountered these conditions before, and there has been very little time for planning of any kind. Torrent was appointed at the end of July, just before the start of the Brazilian Championship. Everyone was in a hurry. At the age of 56, Torrent has left it late to make a name for himself as a head coach, and could hardly turn down the opportunity. And Flamengo needed to go bold to fill the gap left by the sudden resignation of Portuguese coach Jorge Jesus.

The price of haste was lack of preparation. There was no prolonged time on the training ground, a luxury that Jorge Jesus had enjoyed when he took on the job in the middle of last year. Torrent was thrown straight in at the deep end. He had to get to know his players, and with the matches coming thick and fast he had to get to know a fresh opponent every three days. Independiente del Valle, both for the quality of the team and the challenges of the conditions, presented the stiffest test so far.

Moreover, Flamengo are without the key player of their golden phase in the second half of last year -- not the most glamorous or eye catching -- but the one who made the team work. Spanish centre-back Pablo Mari provided the solution for the big question facing then-coach Jorge Jesus: How could the team efficiently operate a high defensive line?

Most Brazilian clubs defend deep and look to explode on the counter-attack. The Flamengo of Jorge Jesus proposed something very different, more in line with current trends in Europe: Defend high and keep the lines of the team close together in the opponent's half of the field. Mari enabled them to carry this out, and did it so well that he won a move to Arsenal. The defender's first instinct was to move forward, to snuff out the danger early. His replacements -- Flamengo signed two Brazilian centre-backs -- are not comfortable doing this. Even before Jorge Jesus jumped ship, the 2020 team were not working as well as last year's. With Mari they could stay much more compact.

On Thursday night, against Independiente del Valle, Flamengo really needed to stay compact. art of the trick for unacclimatised sides at altitude is to run as little as possible. The home side will attempt to make the pitch big, booming out long diagonal passes to the flanks. The visitors need to stay in a block. They should avoid the temptation to defend deep -- shots from range are a danger -- and should stay close enough together to run down the clock with a possession game. It helps enormously to have a pair of quick players up front as this forces the opposition back, and the visitors can launch two- or three-man attacks, giving the rest of the team some breathing space.

But Torrent left his quick wingers on the bench. He tried to mark Independiente del Valle high, close to their own goal -- especially in the second half, when the whole thing collapsed.

With Flamengo's defensive line reluctant to come forward, this left a huge hole in the midfield -- space that the well-trained Ecuadorians proved adept at exploiting. They moved the ball well, passing into the channels and tore the champions to pieces.

Torrent can put the 5-0 drubbing down to experience and, as he said after the game, it is only a case of three points dropped. The cold, hard truth is that Flamengo are still well on course to make it through to the knockout stages of the competition.

It's being described as 'one of the biggest disgraces that Flamengo have been through.' So where to next for new Mengao boss Dome Torrent? JOSE JACOME/AFP via Getty Images

But if altitude is one new complication in his life, another is the pressure of commanding a Flamengo team that loses by this type of margin.

According to Luis Fernando Gomes in the Brazilian sports daily "Lance!", Torrent "does not understand the world that he is now living in. This was not just a case of three points won by Independiente and lost by Flamengo, as he argued. What happened was much more than this. It was one of the biggest disgraces that Flamengo have been through in their history. This sort of thing cannot happen to Flamengo."

And so the pressure ratchets up. Flamengo are still in Ecuador for their next Libertadores match, away to Barcelona of Guayaquil on Tuesday. Barcelona have lost all three of their games in the competition, and must win to have any hope of staying alive. This time the match is at sea level.

Another defeat would not be fatal for Flamengo, but it would be bad news indeed for Torrent. He is finding out quickly that it is one thing to be an assistant, or even a head coach in MLS, and another entirely to be in charge of a giant club in Brazil with unrelenting expectations.