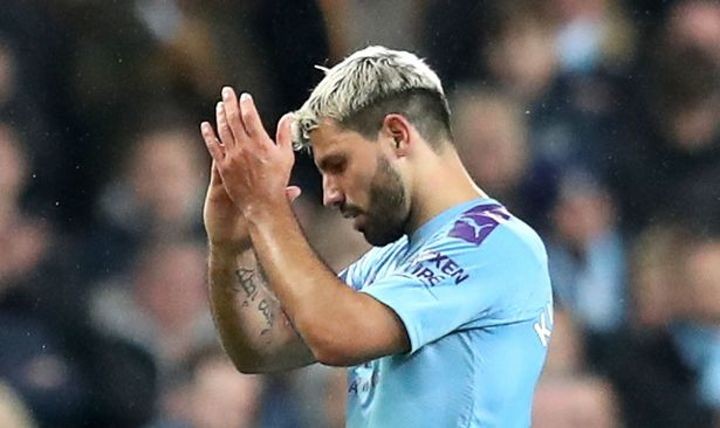 Independiente coach Lucas Pusineri has hinted that he wants to take Sergio Aguero back to Buenos Aires before his contract with Manchester City expires next year.

Pusineri wants to reunite the four-time Premier League winning striker with AC Milan midfielder Lucas Biglia at the club that first discovered them.

And he revealed that he is in a hurry to do it.

Pusineri said: “I have a nice relationship with Biglia and Kun Aguero.

“We were team-mates – and I have a lot of respect for their careers in Argentina and Europe.

“It would be nice if to have them tomorrow. In the future, I am hopeful that I will be able to count on them.”

Aguero has stated that it's his ambition to end his career with Independiente.

Last year he said: "I always try [to get back to Argentina]. I know what the fans [of Independiente] want, but I have a contract with City, and I try to focus on these two years I've got left.

"Then I'll see what I'll do but of course, the Rojo [Independiente] is my priority."

He arrived in Manchester from Atletico Madrid in 2011 and has gone on to become City's record goalscorer.

It is unlikely that City will countenance the departure of the 32-year-old until he has racked up a decade of service with the club.

And even though the reigning champions are facing the prospect of a two-year Champions League ban, it is understood that Aguero has assured them that he will not look to to quit.

Pusineri was a veteran player when Aguero and Biglia were coming through the ranks at Independiente.

Biglia, 34, who has also played for Anderlecht and Lazio, is out of contract at the end of June.