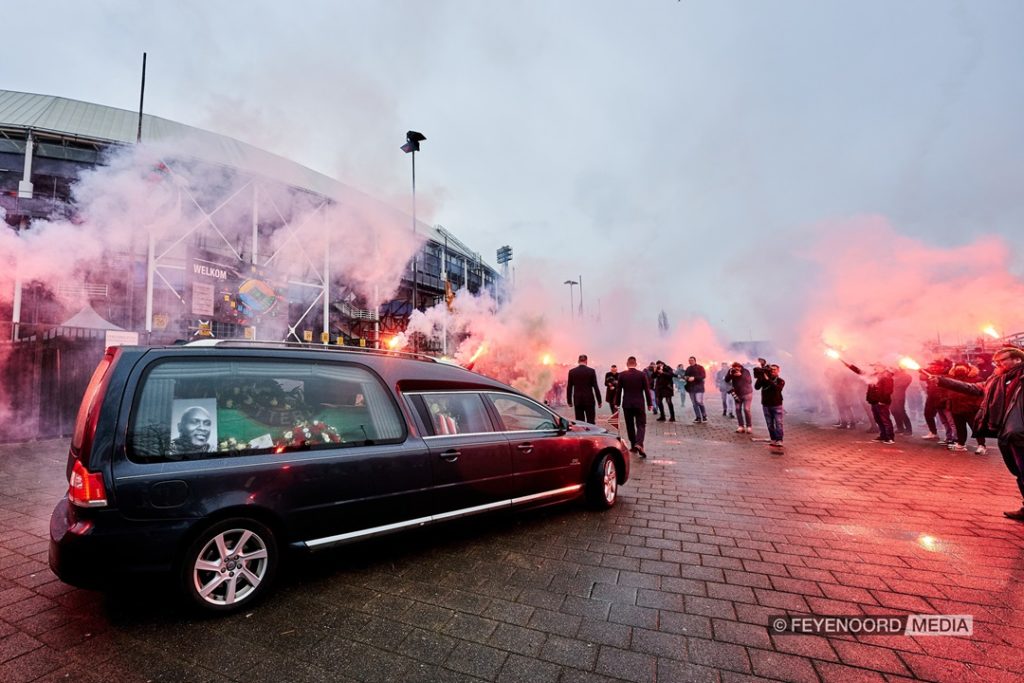 Fans of Dutch giants Feyenoord have paid their final respect to Ghanaian legend Christian Attah Gyan who was laid to respect on Friday in Holland.

The former Black Stars and Feyenoord player passed on last month after losing his battle with cancer.

"Feyenoord supporters said goodbye to Christian Gyan in an impressive way on Friday. About 1,500 people gathered on the forecourt of De Kuip to pay a last tribute to the former player who died on December 29, 2021. A huge banner was unveiled in front of his family and a guard of honor was formed in front of the hearse. All this, in combination with the torches that were lit, resulted in special images," a statement on Feyenoord's website read.

Gyan who was also known as "Atta Rasta" died at a hospital in Netherlands where he has been living for most of his years.

Aged 43, Gyan was a member of the Ghana squad that won Gold at the FIFA U17 World Cup in Ecuador.

Gyan signed for Feyenoord Rotterdam in 1996. During the following season he was sent on loan to Excelsior.

After only a couple of months Feyenoord recalled the defender, and he made his debut for Feyenoord that same season.

Gyan remained with Feyenoord for the next eight seasons where he became a "Cult Hero" after emerging to be fans favourite.

The former Black Stars defender played in the 2002 UEFA Cup Final against Borussia Dortmund with Feyenoord winning 3-2 in the end.

Gyan also won a Dutch League Championship and a Johan Cruijff Schaal with Feyenoord during his time.

In September 2017 supporters of Feyenoord collected an amount of €35,000 for him to support his medical bills during an Dutch Eredivisie match between Feyenoord and NAC Breda.