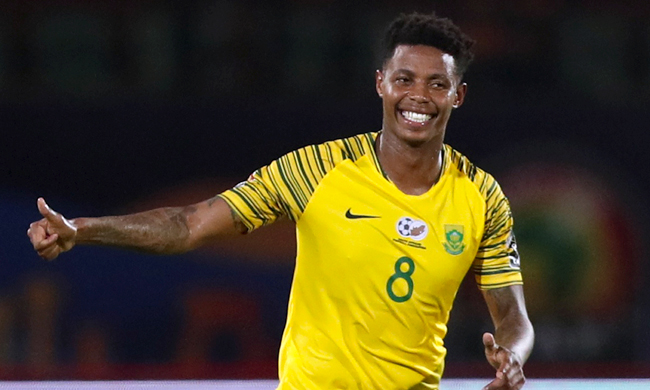 The Moroccans top the group with six points after a 1-0 win over the Ivorians, who remain on three, earlier on Friday.

The opening 40 minutes at the near-empty Al Salam Stadium on Friday were characterised by a regular turnover of possession, poor passing and even weaker shooting before South Africa striker Percy Tau had a first effort on target which was saved.

After the break, Tau was set free after a quick passing move but stumbled and lost his footing with the goal at his mercy.

With 25 minutes left, South Africa keeper Darren Keet failed to hold onto a cross, allowing Deon Hotto to get Namibia’s first effort on target but it was cleared off the line.

That missed opportunity came back to haunt Namibia just minutes later as Zungu netted. South Africa then had a myriad of half chances to extend their lead but were wasteful.