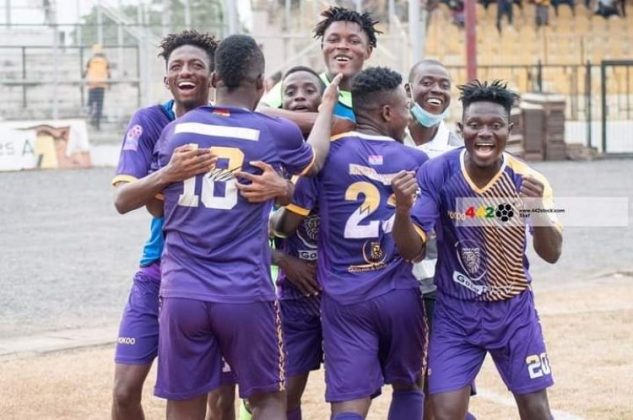 Medeama defeated King Faisal 1-0 on Thursday in the Ghana Premier League, keeping them in contention for a top-four finish this season.

In the 41st minute, Vincent Atingah scored the game-winning goal, converting a penalty kick awarded to Medeama after Kwesi Donsu was brought down in the box.

Due to a heavy downpour on Wednesday afternoon, officials were forced to call the game off after 27 minutes and reschedule it for Thursday morning.

The game continued from the 27th minute with Medeama dominating and it came as no surprise when they gained the lead.

Atingah comfortably tucked home his third goal of the season from the penalty spot.

Bechem United's Emmanuel Annor (5) is the only defender who has scored more goals than Atingah this season.

After the halftime break, King Faisal created several chances but couldn't convert them.

The hosts maintained their lead until the final whistle blew.

Medeama are fifth in the table, while King Faisal, who started the season strongly and were expected to be title contenders, are now 10th.