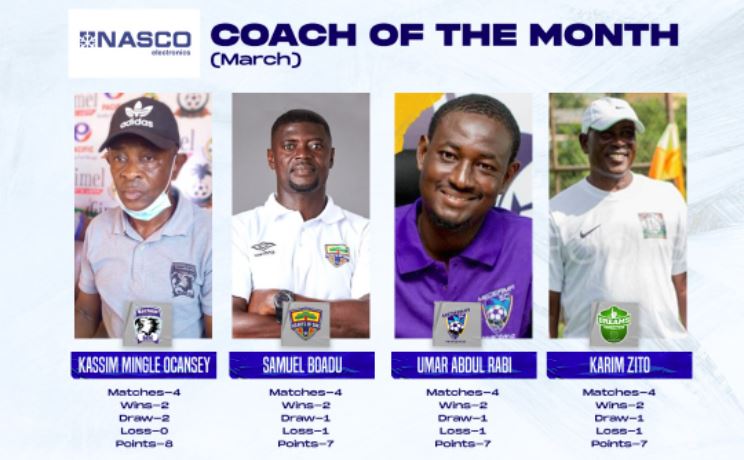 Four people have been nominated for March’s Coach of the Month award in the Ghana Premier League.

Bechem United’s Kassim Mingle Ocansey heads the list after his side went unbeaten in March; winning two and drawing two of their four games in the month.

That run has seen them solidify their place in second place in the league behind Asante Kotoko.

The other three, Hearts of Oak’s Samuel Boadu, Medeama’s Umar Rabi and Dreams FC’s Karim Zito finished the month with identical records of two wins, one draw and one loss in four games.

Hearts and Medeama’s form in March saw them rise up the table into third and fourth place respectively while Dreams got a significant push up the table from the relegation battle.

The winner will be announced on GFA News.