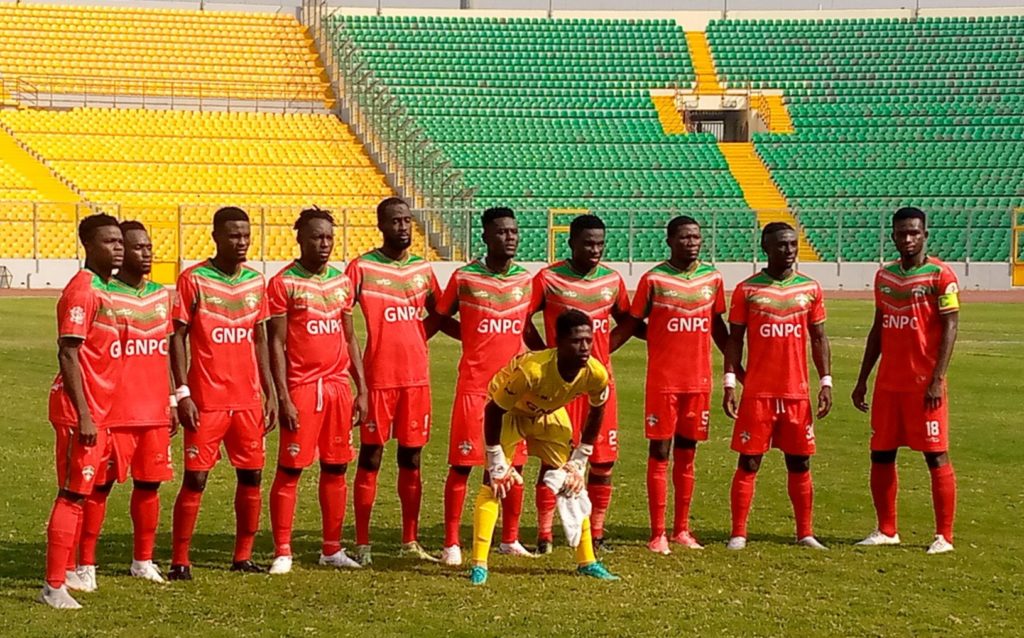 Karela United FC produced an amazing performance to record their first away victory in Ghana Premier League this season as they beat King Faisal Babes at the Babayara Stadium on Friday.

Two goals from midfielder Umar Bashiru, one in each half were enough to hand Faisal their first home defeat this campaign.

Faisal manager Nurudeen Amadu made two changes to the team that lost 2-0 to Eleven Wonders FC last week in Techiman.

Enoch Morrison returned to the starting lineup taking the place of Yakubu Wadudu in the midfield positions.

Richard Wiafe was handed his second start of the season as he replaced Samuel Kusi who is suspended due to accumulation of yellow cards.

Karela gaffer Bismark Kobi-Mensah made only one alteration to the team that came from behind to draw 1-1 with Great Olympics last time.

Kwaku Osei was named in the starting lineup with Isaac Donkor paving way for him.

The Pride and Passion side from Nzema-Aiyinase got the opening goal of the match in the 22nd minute through midfielder Bashiru.

Bashiru's wonderful strike was the difference at the break.

Bashiru doubled the advantage for Karela in the 62nd minute to seal all three points on the road for the very first time this campaign.

Faisal tried coming back into the match but all attempts were futile.