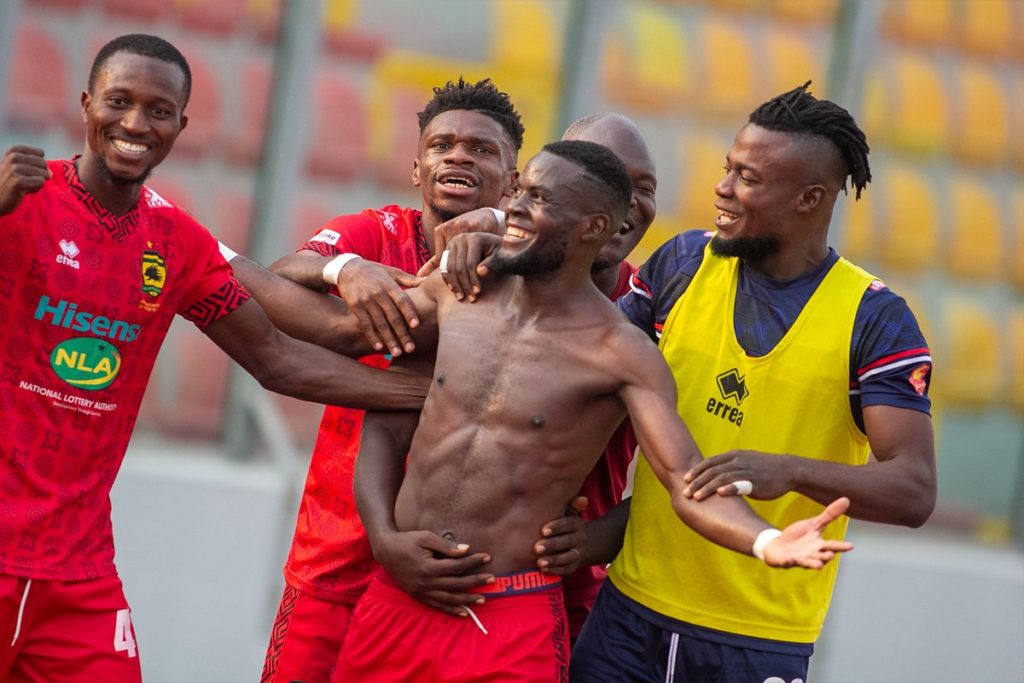 Asante Kotoko have opened up a six-point lead at the top of the Ghana Premier League after a hard-earned win over Medeama in Kumasi on Sunday.

The Cameroonian though missed a late penalty as the game ended 1-0.

Games between these two great teams often live up to the hype, and Sunday was no different.

Kotoko came into the game in good mood having finally signed their long-term target Justice Blay from Medeama.

But they nearly went behind in early minutes. Vincent Atingah’s header from close range just missed the target with goalkeeper Danlad Ibrahim beaten.

After surviving the early pressure from Medeama, Kotoko took control and began to dominate. They created great opportunities and would have led at halftime had it not been the Boris Mandjui

The Ivorian was splendid. He pulled off two massive saves to deny Imoro Ibrahim scoring a freekick and Dickson Afoakwa from range.

The second half started like the first with Medeama getting the first opportunity. Kwadwo Asamoah worked his way into the box but his shot was blocked by Mubarik Yussif.

Boris made a wonderful stop to prevent Richmond Lamptey from giving Kotoko the lead with a well-worked move.

And then Kotoko finally beat Boris. Mfegue dispossessed Samuel Frimpong, drove into the box and then unleashed a powerful low strike into the far right corner. Boris had no answer this time.

Boris saved Mfegue’s penalty to cap off a man of the match display.

Medeama stay just outside the top four due to the defeat.