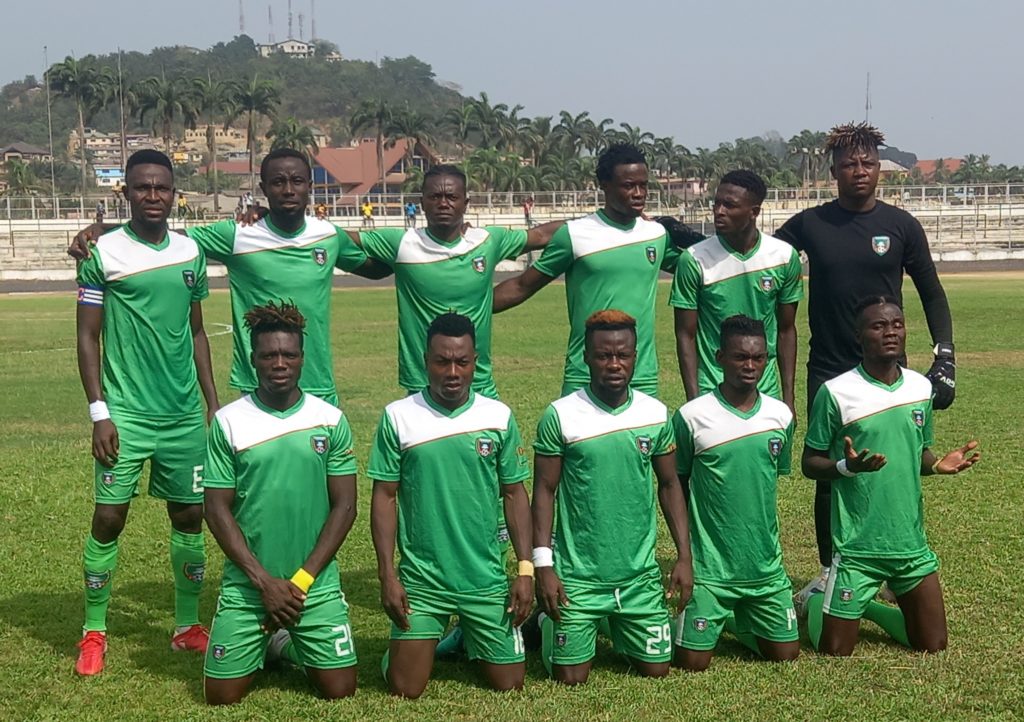 Eleven Wonders FC opened their second round campaign in the Ghana Premier League with a shocking victory over AshantiGold SC on Sunday in Obuasi.

The Techiman based side recorded an emphatic 4-1 win at the Len Clay Stadium as they intensify their fight against relegation.

AshantiGold head coach Henry Haeusler made three changes to the team that drew 2-2 with Bibiani Goldstars FC in the last round in Obuasi.

Richard Acheaw was handed his debut in the Gold and Black shirt as he replaced Denis Votere in the goalposts.

Haeusler also handed a maiden start and appearance to Augustine Bannor who took the place of Richard Osei Agyemang in the starting lineup.

Wonders assistant and interim coach Abubakar Fuseini also made six alterations to the squad that lost 3-0 to Aduana Stars in Dormaa Ahenkro in the last round.

Experienced defender Daniel Egyin who signed for the club in the second transfer window was handed a first start as he replaced Simms Kwayie.

Abdulai Ibrahim was preferred between sticks to Joseph Baah while Perry Addison Rockson returned to the starting lineup in place of Kelvin Osei Assibey.

Ashia came close to getting the opener of the match as early as the 7th minute but his effort from long distance was a whisker away from resulting in a goal.

Wonders skipper Mohammed Tetteh Nortey scored the opening goal of the match in the 32nd minute after he connected a loose ball inside the box.

AshantiGold central defender Ali Mohammed got his head on a corner kick from the right to score the equalising goal in the 58th minutes.

Wonders restored their lead ten minutes later after Zackaria pounced on a rebound after goalkeeper Acheaw failed to deal with a free-kick from the edge of the box.

Two more goals from substitutes Andrews Kuma and Laar Ibrahim in the 79th and 90th minutes respectively sealed the victory for the "Sure Wonders" side.

Wonders remain in the relegation zone despite the massive win but have been able to close the gap to the safety to just one point.