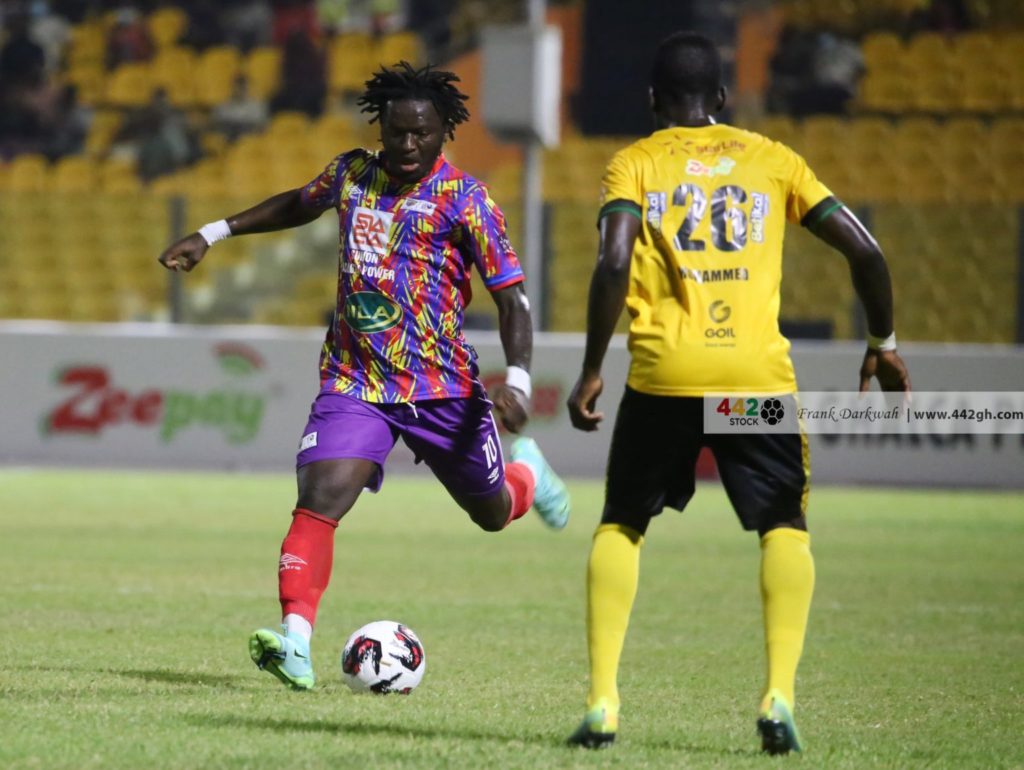 Hearts of Oak players are in high spirit as they face WAFA in the Ghana Premier League on Wednesday afternoon at the Accra Sports Stadium.

The Phobians are coming into the game having beaten their sworn rivals Asante Kotoko last Friday to win the 2022 President's Cup.

Although an unofficial trophy, the victory is expected to mark a turning point for the club who have failed to impress this season.

Hearts were tipped as heavy favourites to defend their title but with 15 games to go, the Phobians are not in strong contention with Kotoko looking comfortable at the top.

A massive improvement is needed to stage a fightback for the trophy, which they won for the first time in 13 years last season.

Hearts seek a victory against WAFA to bounce back to winning ways after three successive draws in the league and close the gap at the top.

A win will see Hearts climb to the fifth spot, two points adrift of the top four and 12 points behind Kotoko.

Wednesday’s match is also important for WAFA who are shockingly battling relegation. They are second from bottom, an unexpected position, given they finished third.

WAFA will move out of the relegation if they beat Hearts.

When the two sides met earlier in the season, they shared the spoils 1-1 in Sogakope.