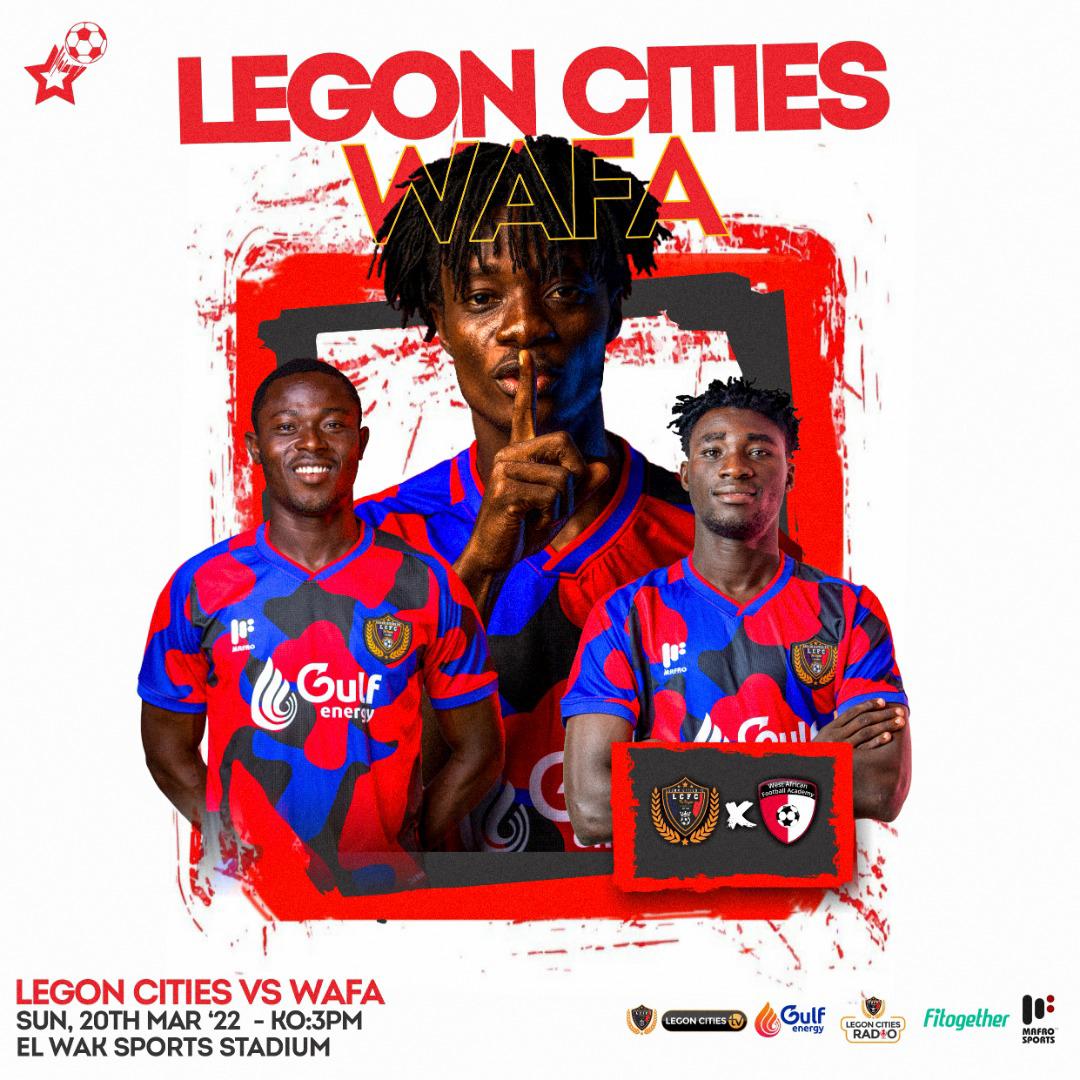 Legon Cities know they are far from safety and will need victory against another troubled side WAFA on Sunday.

The Royals have recorded mixed results in the second half of the season and are winless in their last three matches.

In their last home match at the El Wak Sports Stadium, they left it late to snatch  1-1 draw with Hearts of Oak.

New signing Youssifou Atte, a former WAFA player, made his debut last Sunday in the 1-0 defeat to Great Olympics and his

The versatile full back has earned a call-up to the Togo national team for this month's FIFA free date.

Legon Cities will also field midfielder Nii Gyashie Bortey against his former side.

The Academy Boys risk relegation as they lie 16th on the table and are in need of points.

Head coach Guille is yet to win away this season and that has been a huge deficit.