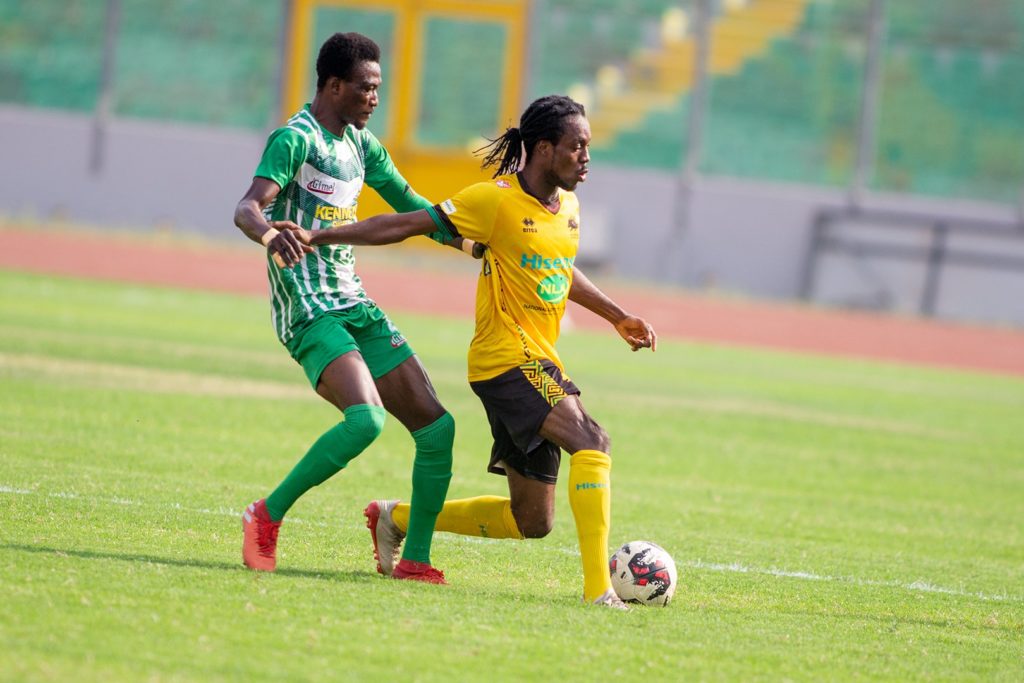 Asante Kotoko will have the opportunity to exact vengeance on city rivals King Faisal in the Ghana Premier League on Sunday.

Both teams will face for the third time this season at Kumasi's Baba Yara Stadium.

King Faisal stunned Kotoko with a 3-2 league win before defeating the Porcupine Warriors 1-0 in the MTN FA Cup earlier in the season and they will seek a third triumph this weekend.

King Faisal will need a remarkable performance to beat Kotoko, who are anticipated to come out firing in order to win three points.

Since the back-to-back victories, a lot has changed. King Faisal are no longer in contention for the crown, as they are currently ranked 10th.

They have only won one of their previous five games, a poor showing when compared to Kotoko, who are unbeaten in seven games, with their last defeat coming almost two months ago.

However, Kotoko is aware that they must improve after struggling in their last two games. They drew 0-0 with Eleven Wonders before dropping points at home against Karela United in midweek.

Ismail Ganiu, their captain, was sent off in the 1-1 tie and will be out for Sunday's encounter against King Faisal.

League leaders Kotoko cannot afford to lose since clubs are closing in on them.

Following Thursday’s draw, Kotoko now leads the table with eight points. Losing versus King Faisal will allow Bechem United and Aduana Stars to close the gap even more. Hearts of Oak will begin to believe as well.

Kotoko are aware that they are the favourites, and their supporters will take nothing less than a victory.

Faisal are seeking another win to complete an unblemished season against Kotoko for the first time since 2009.