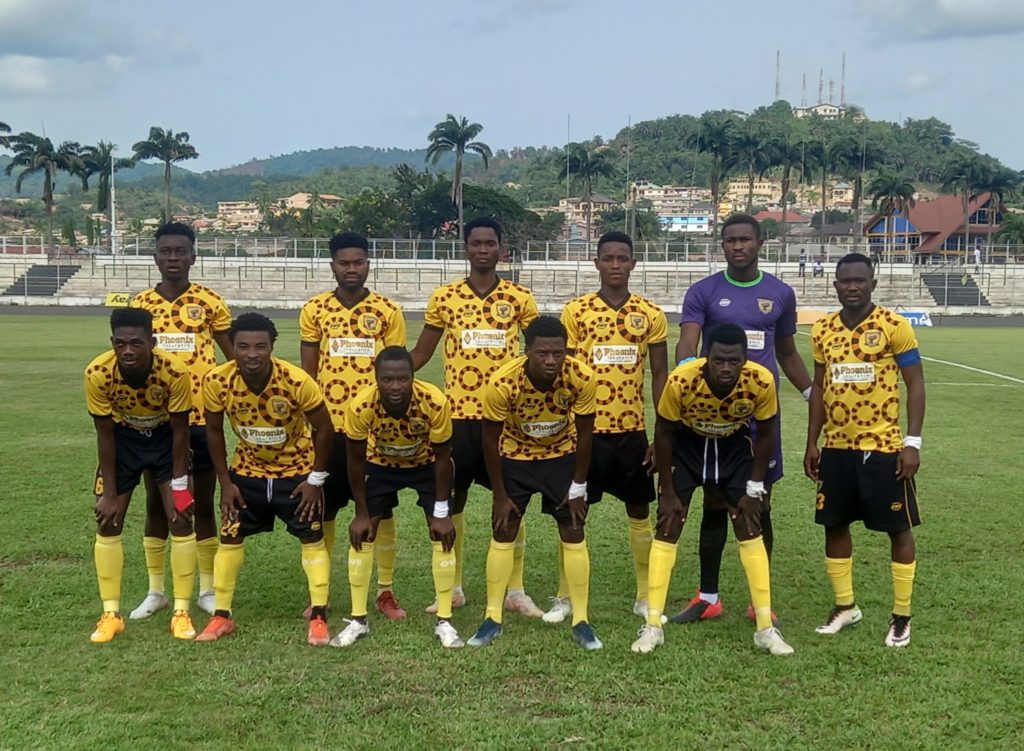 AshantiGold SC thumped WAFA SC to bounce back from their slumber last week at the Len Clay Stadium in Obuasi on Saturday.

A Yaw Annor hatrick ensured the Gold and Black outfit recorded a deserving 6-0 victory over the Academy lads move clear off the relegation zone.

The mauling have dampen WAFA's hopes of survival as they continue to sit comfortably in the drop zone with two points adrift of the safety places.

AshantiGold assistant coach Thomas Duah made two alterations to the squad that lost 2-0 to Legon Cities FC at the El-Wak Stadium in Accra last week.

Kamaradini Mamudu who got injured in last week's game couldn't recover for this encounter as he was replaced with Derrick Atta Afriyie.

Striker Mark Agyekum made way for Isaac Opoku Agyemang who led the lines for the Miners while Kingsley Owusu came on in the second half to make his debut.

WAFA gaffer Guillermo Hamdan Zaragoza made only one change to the team that recorded a goalless draw against Aduana Stars in Sogakope last weekend.

Yaw Annor opened the scoring of the match in the 13th minute after he beautifully scoring from a pass from Opoku Agyemang.

Annor doubled the advantage for AshantiGold about 60 seconds later.

Aminu Adams and Amos Kofi Nkrumah scored in the space of three minutes to increase the tally for the hosts before Eric Esso netted the fifth goal on the stroke of halftime scoring from the centre.

Zaragoza made four substitutions at the start of the second half and that saw an uplift in their performance of the Academy boys.

Annor completed his hatrick in the 81st minute as he was teed up by substitute Owusu who did an excellent job to set him up.