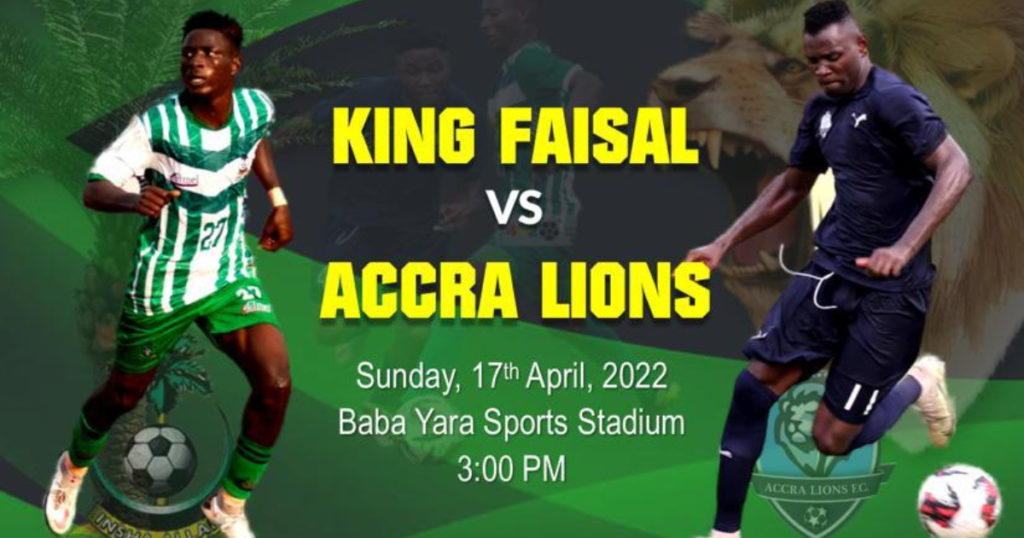 King Faisal Babies will hosts Accra Lions at the Baba Yara Sports Stadium for their matchday 25 encounter in the Ghana Premier League.

The Kumasi-based club will be hoping to return to winning ways when they welcome the newcomers after a run of six-game without a victory.

The 'In Sha Allah' boys have been poor in the second round of the league, winning only game and losing six.

Meanwhile, Accra Lions have not been the best side on the road but have a decent home record in the second round, winning three and drawing one.

The Accra-based side have lost two of their away games in the second part of the season.

Accra Lions are just a point above King Faisal and will be hoping to climb up the table with at least a point in Kumasi.

King Faisal sacked coach Nurudeen Amadu due to their poor form and are yet to name a substantive coach, with Abubakar Fatawu leading the team.

King Faisal have been boosted by the return of Ibrahim Osman, but Accra Lions will miss winger Daniel Awuni who is on suspension after his read card against Karela United last week.