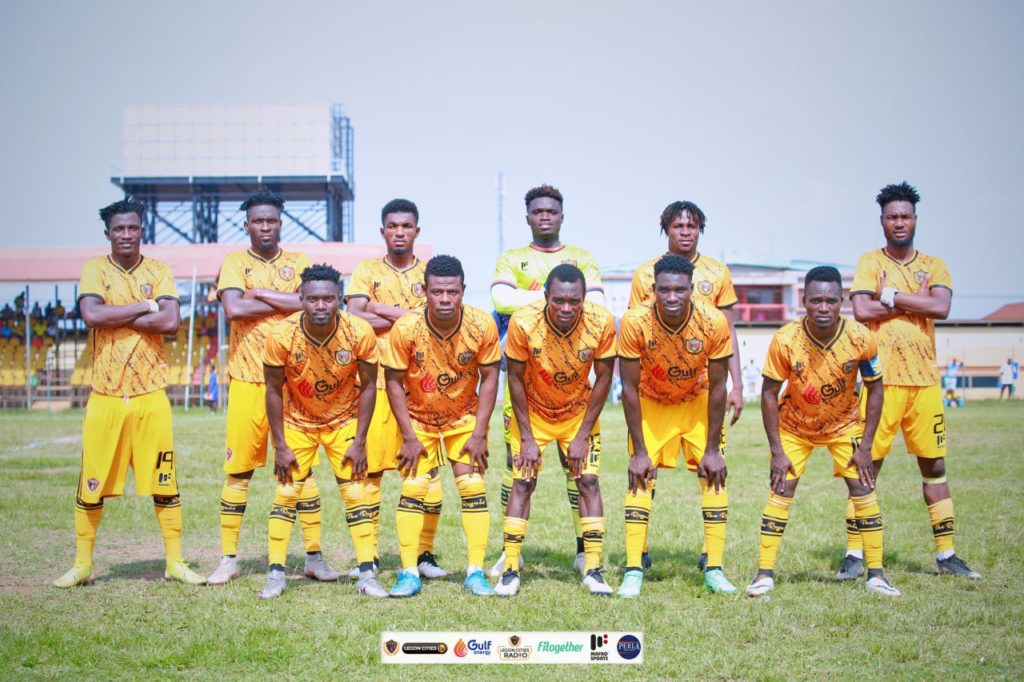 Medeama travel to Accra to face Legon Cities on match day 25 of the Ghana Premier League on Sunday.

The Mauve and Yellows make the long journey to the capital to battle the Royals at the El-Wak Sports Stadium.

Medeama are fifth on the table, nine points clear off their opponents on 11th position on the league table.

The Tarkwa-based side are smarting from their 2-1 win over Real Tamale United at home last weekend.

Coach Umar Rabi has kept faith with the core of the team that produced the win over the Northern region team at the Akoon Community Park in Tarkwa.

They come up against a wounded Legon Cities side which lost 1-0 under controversial circumstances at the Golden City Park.

Pressure is still mounting 0n coach Maxwell Konadu and his counterpart from Tarkwa as they face each other at the military ground.

Medeama have clocked 11 wins, seven defeats and six draws in 24 matches this season.