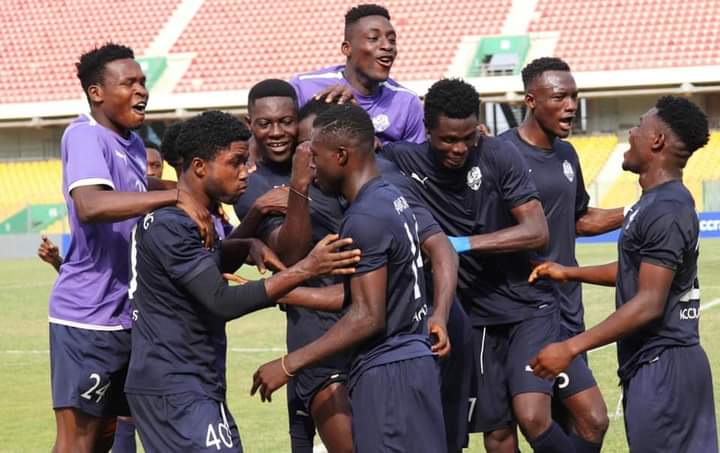 The lanky forward rose high to head home a cross from left-back Fatawu Hamidu in the 15th minute as 10-man Accra Lions left Kumasi with all three points.

King Faisal started the game brightly with Ibrahim Osman getting the first chance of the match but failed to convert.

Just when they the Kumasi-based side were beginning to dominate the game, they were shocked with Lions' first attack. Fatawu Hamidu sent in a swinging cross, which was met by the head of Asante.

Right on the half hour mark, King Faisal thought they should have been awarded a penalty for what looked like a handball but the referee waved play on.

Nine minutes later, Accra Lions goalkeeper Fredrick Asare had to be treated on the pitch after he appeared to be in discomfort.

Kwadwo Boateng and Enoch Morisson came close before half time.

Fredrick Asare was sent off on the hour mark after a confrontation with Kwadwo Frimpong, forcing Accra Lions coach James Francis to sacrifice goal scorer Asante for Appiah Kubi.

Second half substitute Ortiz had the chance to level for the host but wasted a penalty in the final minute of the game as King Faisal suffer their seventh straight defeat in the second round.