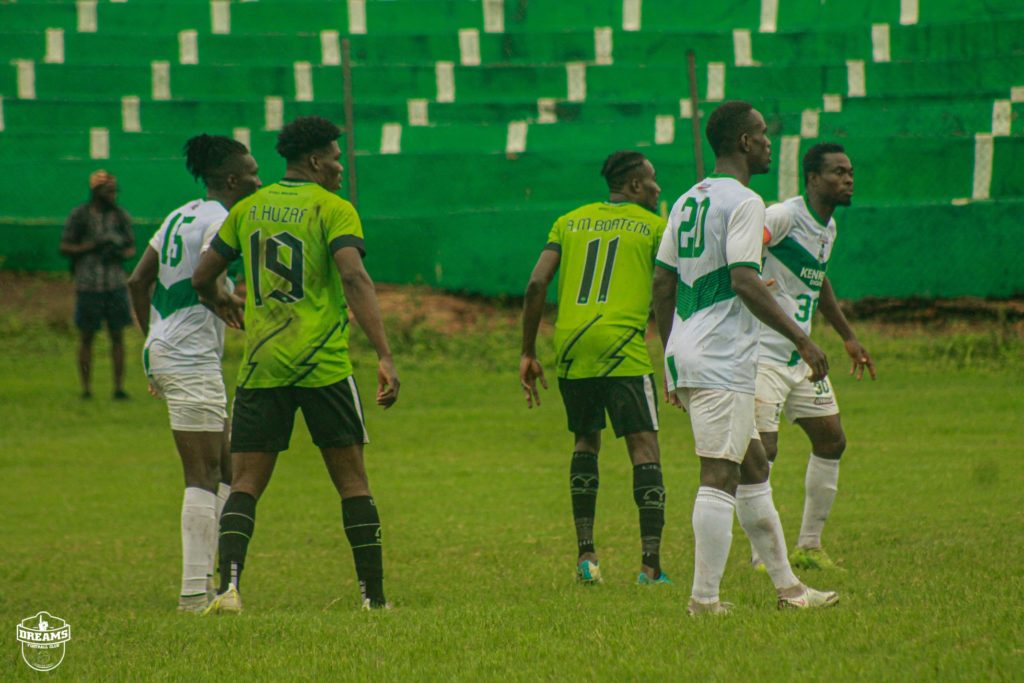 Dreams FC were held to consecutive home draw on Sunday, 24 April 2022, after King Faisal raced back to tie 1-1 at the Theatre of Dreams.

It was the hosts who opened the scoring in the 36th minute through Issah Yakubu who tapped in from close range.

But before the break, Faisal managed to snatch the equalizer on 44 minutes when defender Samuel Atta Kusi produced a good finish.

Four minutes earlier, striker Wadudu Yakubu came close to levelling the scores but his effort came off the goal post.

On the half hour mark, Dreams FC put the ball into the net but The visitors have the ball at the back of the net but goal disallowed for an offside.

In the second half Adam Adamu went goal with long range effort but it was stopped by the Faisal goalkeeper.

Serbian trainer Bozoviv Branko was taking charge of the club for the first time since his appointment.

King Faisal were searching for their fourth win on the road after collecting the points at Aduana Stars, Kotoko and WAFA.