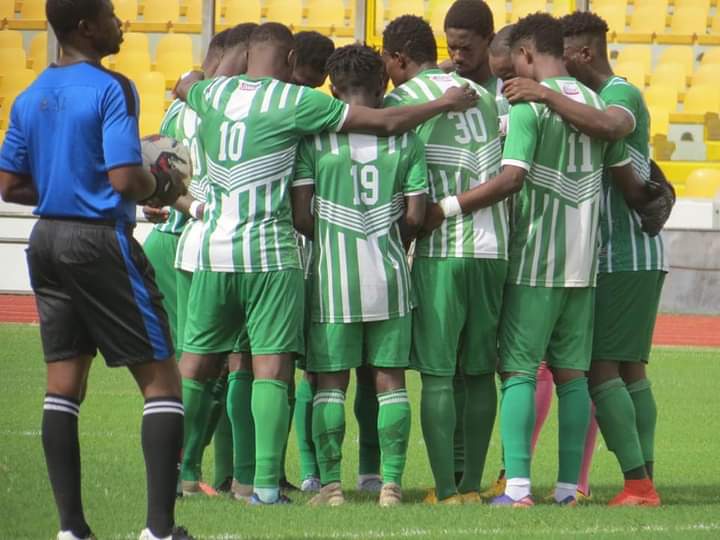 King Faisal improved their chances of survival with a crucial victory over Hearts of Oak at Baba Yara Stadium on Sunday evening.

Richard Akrofi scored late in the game to secure a 1-0 victory and move the club five points clear of the drop zone with two games remaining.

Hearts of Oak were the better team coming into the game, having not lost in seven games, compared to King Faisal, who had only one win in 13 games.

The Phobians were the bookmakers' favourite, and they got off to a fast start. Gladson Awako and Suraj Seidu both had good chances to score in the first ten minutes.

After surviving the early onslaught, Faisal began to pose a threat to the Hearts of Oak defence, with goalkeeper Richmond Ayi forced to make two important saves.

Hearts began the second half similarly to the first, with Frederick Ansah Botchway missing the goal by an inch.

Ayi saved Hearts once more in the 64th minute. He reacted quickly to deny Attah Kusi, with Morrison failing to convert the rebound.

The goalkeeper stood between Faisal and a goal, saving from Osman Ibrahim in the final 10 minutes.

But in added time, Ayi couldn’t save Hearts as Akrofi calmly tapped home from close range to win the match for Faisal.

Hearts remain fifth after the loss, but with a game in hand, they can climb back into the top four.