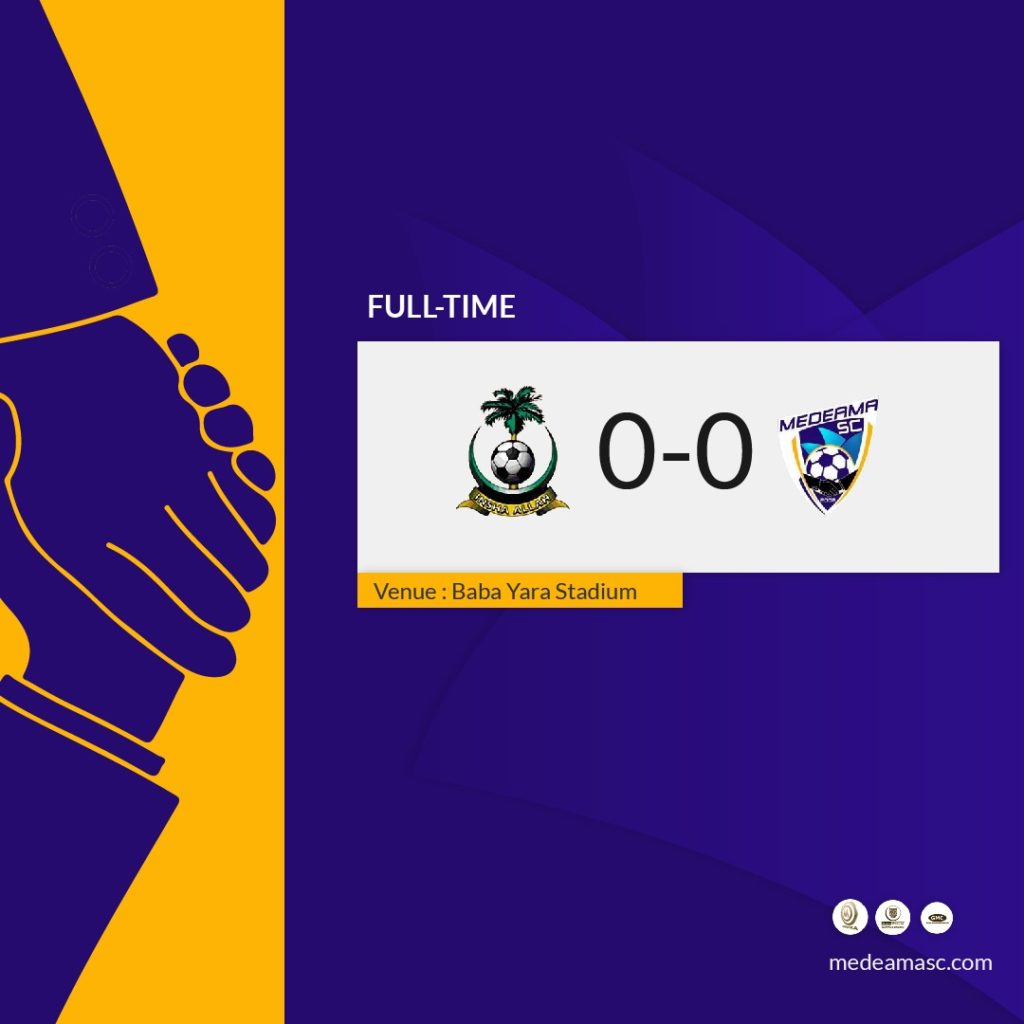 King Faisal drew goalless with Medeama in an entertaining match day-5 fixture of the Ghana Premier League on Sunday.

The Insha Allah boys failed to make home advantage count after sharing the spoils at the Baba Yara Stadium.

The first half belonged to Medeama but it was the host who threatened severally.

Medeama Ivorian goalkeeper Boris Junior kept his cool and composure to deny the host the lead on 34 minutes.

Ibrahim, with only the last line of defense to beat, misused the shot narrowly.

Faisal enjoyed the chunk of possession but appears this visitors came in with a plan to avoid defeat and at least pick a point.

Captain Joseph Tetteh Zutah, midfielder Benjamin Arthur and forward Kofi Ansu Patrick would like to forget this game quickly after a poor outing.

Lack of fitness and energy and stamina was written all over their faces.

The introduction of Godfred Abban, Kwadwo Asamoah and Prince Opoku Agyemang helped to stabilise the team in the second half.

Medeama youngster Kofi Asmah again proved his immense talent and mettle with a superb performance at the Baba Yara Stadium.

This is the second straight draw for King Faisal after an explosive start to the season.