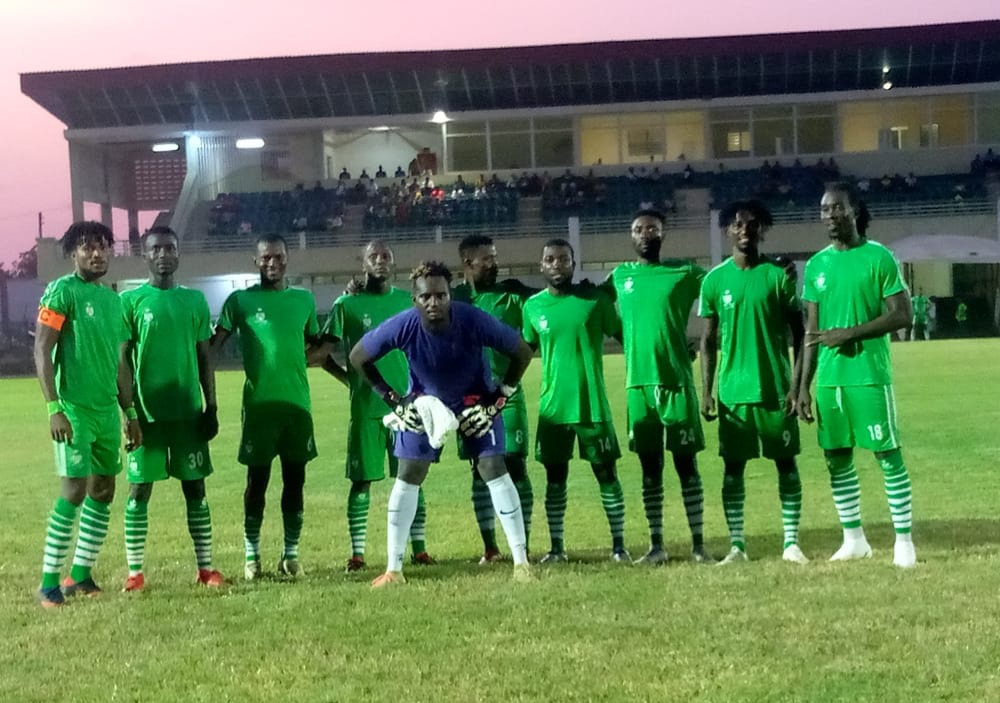 The "Botwekumba" got a 2-1 victory over the Nzema-Aiyinase side to rebound from last week's defeat to Eleven Wonders FC in Techiman.

Interim coach of Sharks, Bernard Frans made a couple of changes to the team that lost 3-1 to Eleven Wonders FC in Techiman last week.

Lord Bawa Martey replaced Michael Blankson between the sticks for the home side.

Tahir Mensah also started for the "Botwekumba" as he took the place of Alhaji Mustapha.

Karela trainer Bismark Kobi-Mensah made three alterations to the squad that drew 0-0 with Asante Kotoko SC at home in Nzema-Aiyinase last week.

Felix Kyei was preferred in the goalposts to Rashid Seidu whereas Richard Berko was handed his first start of the season ahead of Mathew Kelvin Andoh.

Sharks opened the scoring of the match in the 19th through Ato Mensah with a powerful header.

Ato Mensah doubled the advantage for the hosts nine minutes after the break with a beautiful strike.

Substitute Kelvin Andoh got the consolation for the visitors eight minutes from full-time.

Sharks make it back-to-back home wins for the first time this campaign taking them to 7 points and 7th position on the standings.