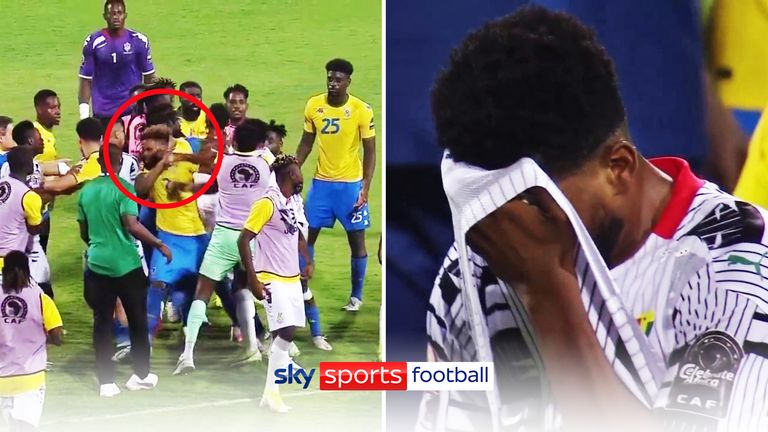 Benjamin Tetteh receives a red card for his post-match punch at a Gabon player.
Share

Ghana striker Benjamin Tetteh has been handed a three-match ban at the Africa Cup of Nations after his sending off in Friday's 1-1 draw with Gabon in Group C.

This was during the post-match chaos on the pitch after the final whistle.

Tetteh's punch was spotted with the help of VAR, leading to Algerian referee Lahlou Benbraham to show him the red card, despite him disappearing down the tunnel as he headed back towards the changing room.

Benbraham spoke to Arsenal midfielder Thomas Partey and told the Gunners man to bring 'number 25' back from the tunnel, with Tetteh being shown a red card as he emerged.

A statement by CAF's Disciplinary Board decided: ''To suspend player Ghana player Benjamin Tetteh for one additional game match in addition to his automatic suspension of two matches. Consequently, the player has been suspended for three matches.''

Tetteh will be available to play in the tournament if Ghana manage to reach the semi-final.