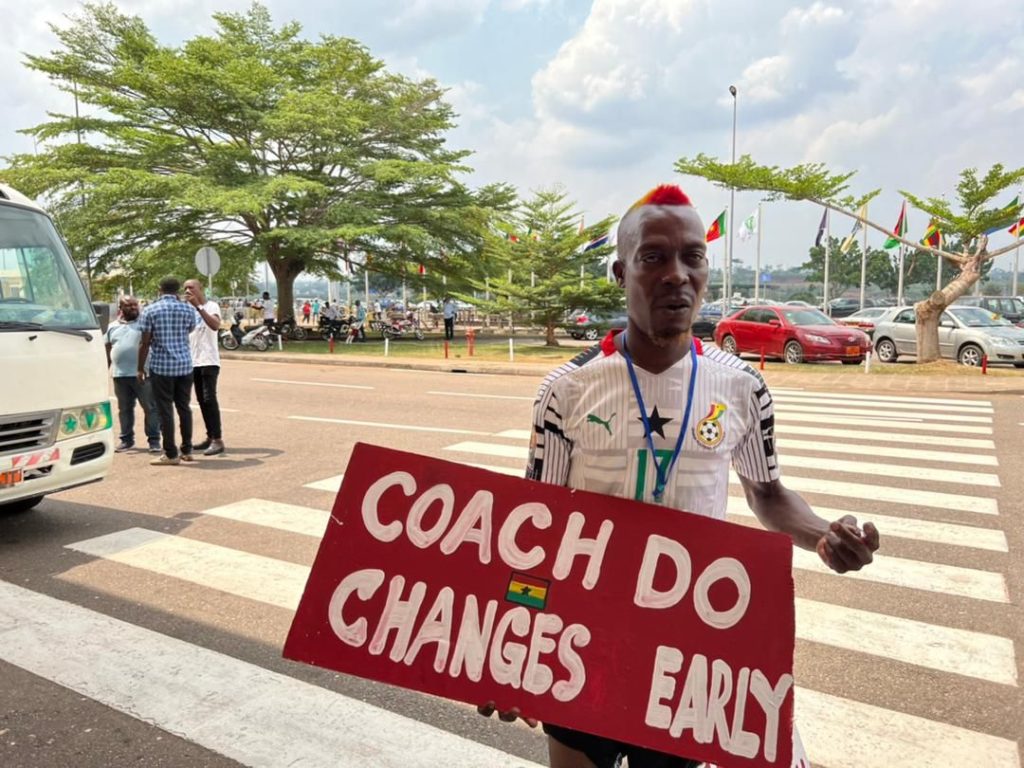 Some Ghanaian fans in Cameroon supporting the Black Stars are frustrated by Milovan Rajevac’s late substitutions in games in the ongoing Africa Cup of Nations tournament.

The Serbian coach has made late substitutions in the Black Stars previous games which the team has struggled to performed.

Ghana lost to Morocco in the opening game with Milovan Rajevac making late substitutions after his team went down in the 83rd minute.

The 63-year-old brought on three players after Ghana conceded.

In the second game the Serbian coach repeated same mistake after Gabon got the equalizer against Ghana in the 88th minute with another three substitutions.

Ghanaian fans here in Cameroon are unhappy about how the Serbian coach delays in his changes during the course of the game.

Some fans have expressed their frustration on how the coach delays in his substitution and have called for changes to be effected with immediate effect.