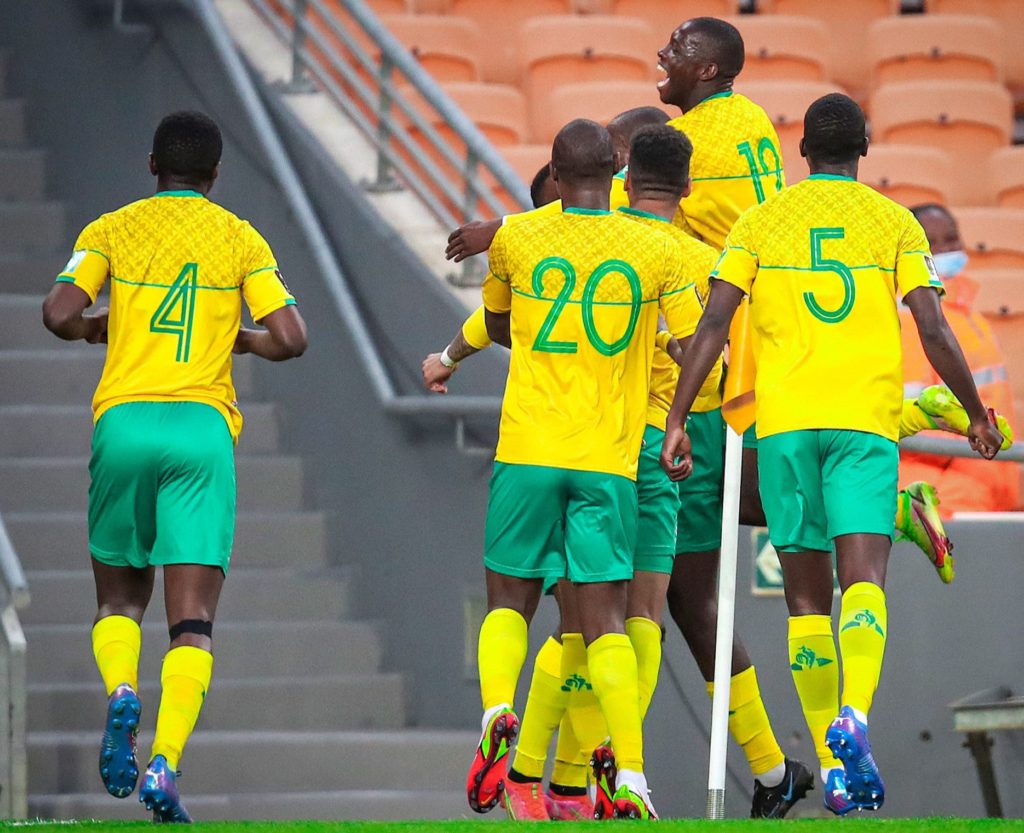 South Africa earned jump in latest FIFA and CAF rankings ahead of their game against Ghana in the 2022 World Cup qualifications next month.

Bafana Bafana's jump is as a result of their back-to-back wins over Ethiopia earlier this month in qualifiers.

South Africa beat Ethiopia 3-1 at the Bahir Dar Stadium before handing them a 1-0 loss at the FNB Stadium in Johannesburg three days later.

Those back-to-back wins ensured that Bafana Bafana consolidated their top spot in Group G 10 points, one ahead of Ghana.

This has seen the Bafana Bafana climb to the 66th place in the World rankings, an impressive seven place jump from the lowly 73rd position that they held before.

On the continent, moreover, they also jumped one place up from 13th to 12th in the October rankings.

South Africa will take on Ghana in the last round in November at the Cape Coast stadium as they seek to book a place in the play-offs.

A late goal by Bongokuhle Hlongwane earned the Bafana Bafana a vital 1-0 victory over the Black Stars in the reverse encounter.

Before they travel to Ghana, they will host neighbouring Zimbabwe in Johannesburg in the penultimate round.

Hugo Broos' side are seeking for their first World Cup qualification since 2002. They participated in 2010 edition as hosts of the Mundial.