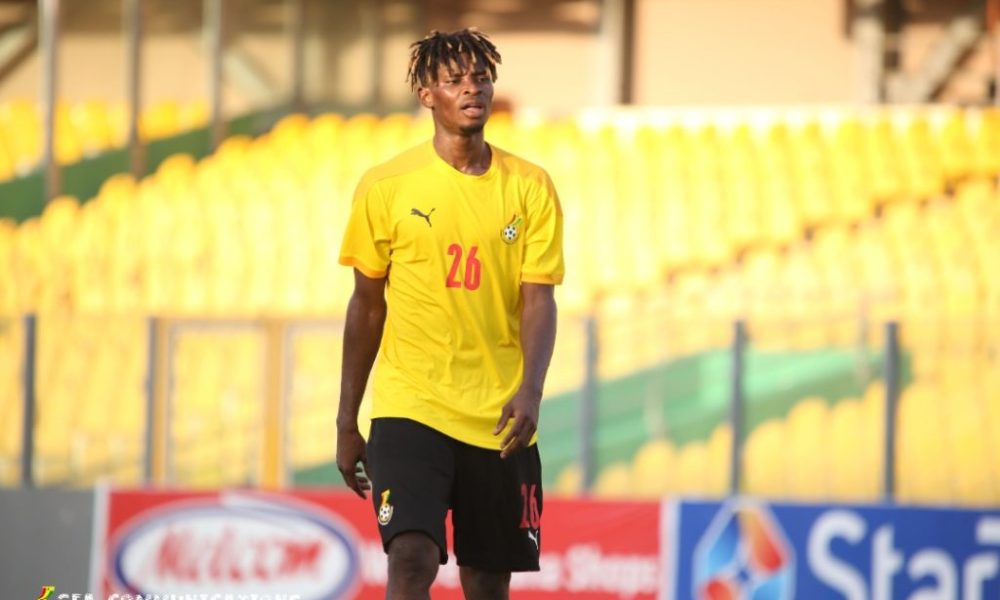 FC Sheriff Tiraspol midfielder Edmund Addo is set to start for Ghana in the final group game against Comoros in the 2021 Africa Cup of Nations.

Addo is the likely replacement for Baba Iddrisu who has been ruled out of the game with a hamstring problem.

Addo, 21, made his Afcon debut on Friday in the second group game against Gabon, coming off the bench to replace winger Kamladeen Sulemana.

He was brought in to support Iddrisu who was struggling due to the injury and when the Real Mallorca man left the field, Addo took command of the defensive midfield role.

Addo did not impress against Gabon and will be expected to put up a great performance against the debutants as the Black Stars desperately need the win.

Edmund is not a novice to important games and excelling in them, as he shone this season when Sheriff stunned Real Madrid at the Bernabeu in the Champions League.