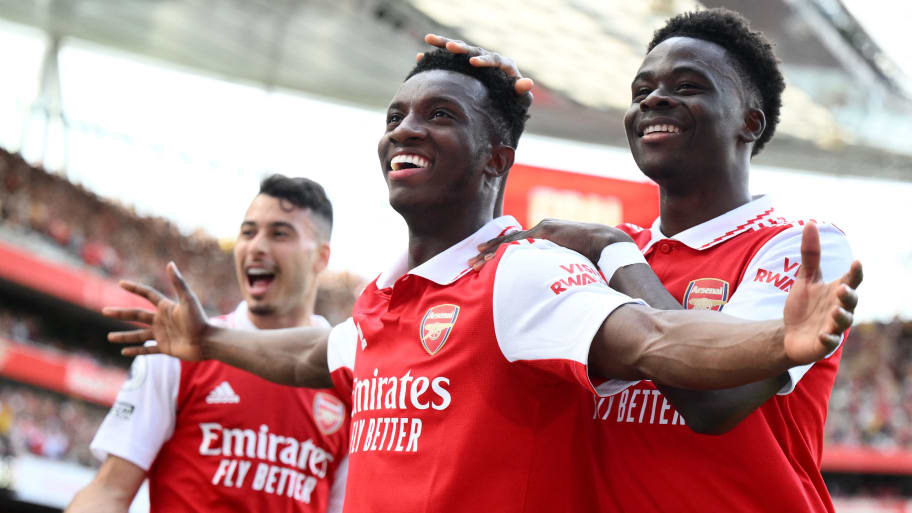 Arsenal's much-anticipated All or Nothing documentary is set to hit our screens soon.

The Gunners let Amazon Prime Video cameras into into their training ground and dressing room for the 2021/22 season and there's no doubting there'll be some excellent footage, with the north London giants enduring a topsy-turvy campaign.

Here's what you need to know about the series.

All or Nothing: Arsenal - trailer

The first trailer for All or Nothing: Arsenal dropped on 28 June. It gives a snippet of the trials and tribulations the Gunners faced during the opening months of the season, though some more uplifting and positive encounters also feature.

All or Nothing: Arsenal - Release date

The first trailer revealed the documentary will be released on 4 August, a day before Arsenal kick off their 2022/23 Premier League season away at Crystal Palace.

All or Nothing: Arsenal - How to watch

All or Nothing: Arsenal will be available to watch exclusively on Amazon Prime Video.

New members can sign up for a 30-day trial on their site - a subscription in the United Kingdom is £7.99 a month, while in the United States it costs $12.99.

All or Nothing: Arsenal - Who will feature?

The All or Nothing series has told the stories of sports teams around the globe. Having debuted in 2016 with the Arizona Cardinals, Amazon have gone on to track the trials and tribulations of sides like Tottenham, the All Blacks and Brazil.

In each series, top players and managers are interviewed and featured, so expect some of Arsenal's big hitters to get plenty of screen time.

Bukayo Saka's turbulent 2021 summer could be covered early on, as could the chastening 5-0 defeat to Manchester City. However, derby victories over Tottenham and Chelsea should provide happier viewing.

Manager Mikel Arteta will be profiled as he continues his rebuild on the club, while former striker Pierre Emerick-Aubameyang and his departure in January will be a prominent storyline.

This article was originally published on 90min as All or Nothing: Arsenal - Release date & how to watch.