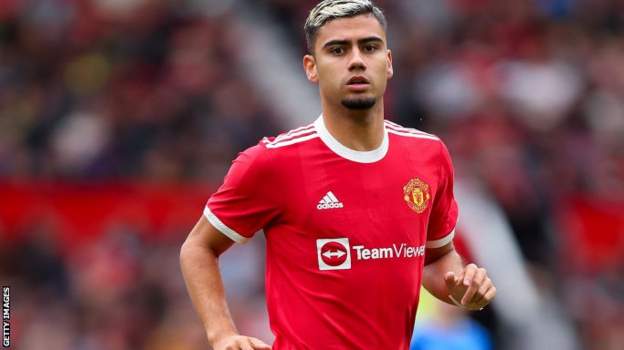 The 26-year-old has been with United since 2014 but had his fourth spell out on loan last season when he joined Flamengo and played in the final of the 2021 Copa Libertadores.

Pereira has a contract with United until 2023, with the option of a further year.

However it seems unlikely he will be in new coach Erik ten Hag's plans.

He has played 75 games for United and scored four goals and had loans at Valencia, Granada and Lazio in addition to the spell with Flamengo.