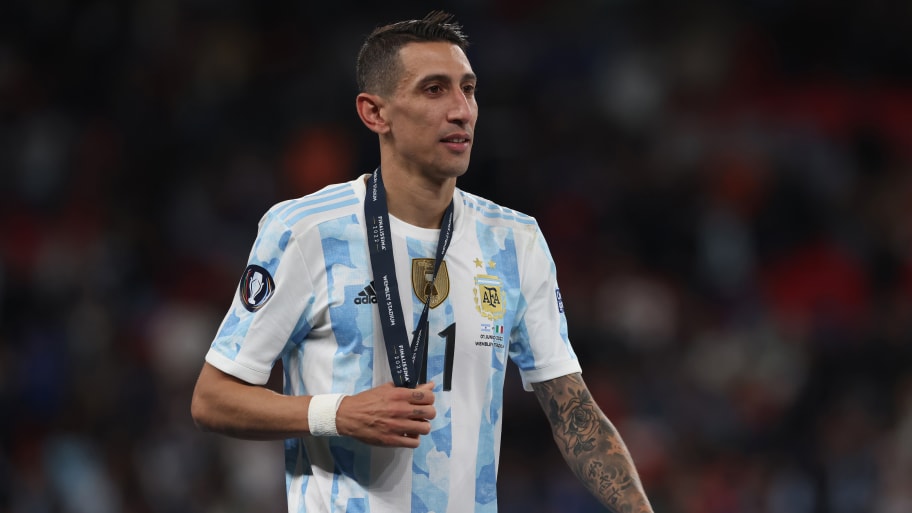 Angel Di Maria has hailed Juventus as 'the biggest club in Italy' as he weighs up an offer to join the Bianconeri.

Di Maria is leaving Paris Saint-Germain following the expiration of his contract, bringing down the curtain on a seven-season stay in the capital of France.

Barcelona and Juventus have both expressed a strong interest in signing the Argentina international, and Di Maria recently spoke with ESPN regarding the offer he's received from La Vecchia Signora.

"Juve are the biggest club in Italy and one of the teams interested in me. At the moment I am reflecting, but I focus on holidays and family," he revealed.

While Di Maria continues to be courted by two heavyweights of European football, he did insist last month that he would rather have stayed at PSG and the club instead forced him out.

"[It was] the club’s decision. Everyone knew I wanted to stay one more year. I wanted to continue to win the Champions League, we came close, that’s the only thing I miss," he said to ESPN in May.

"But I know that the boys will continue on the same path, they will try to win. I want the best for this team, I have to respect the club’s decision."

This article was originally published on 90min as Angel Di Maria admits interest from 'biggest club in Italy' Juventus.