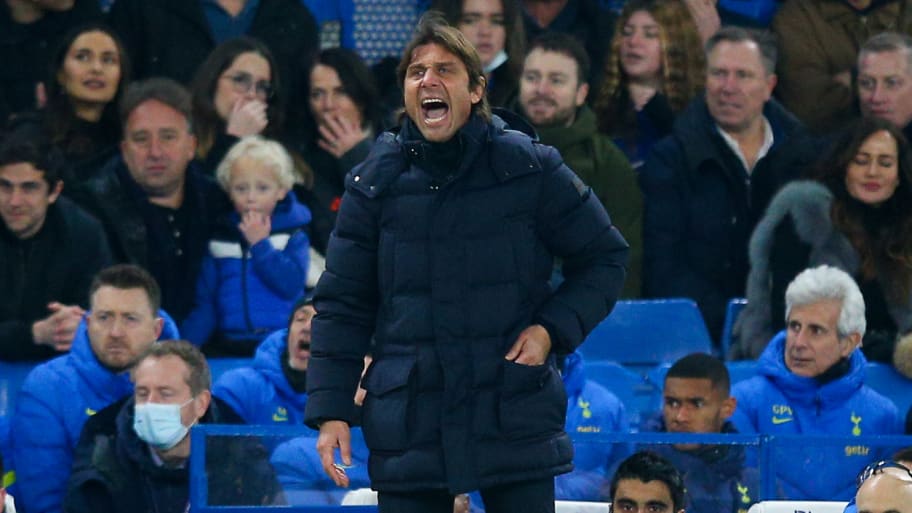 Antonio Conte has voiced his surprise towards the 'incredible' decision to rule out Harry Kane's strike in Tottenham's 2-0 defeat to Chelsea on Sunday.

Shortly before half-time and with the score still 0-0, Kane had the ball in the back of the net but saw his effort chalked off because of a collision with Chelsea's Thiago Silva, who went to ground after feeling the slightest touch from the Spurs man.

The decision attracted plenty of debate on social media, and after the game Conte made no attempt to hide his shock.

"In the first half, the referee disallowed a goal and I was very clear with him because I think it's best sometimes it's to tell the referee in a polite way, to see this type of goal disallowed in England is incredible," he said.

Conte also voiced his frustration towards a booking handed out to Japhet Tanganga, who was cautioned for a tangle with Callum Hudson-Odoi and was then reluctant to stop the Chelsea winger in the build-up to Hakim Ziyech's opening goal.

"Maybe I'm more upset towards the yellow card to Tanganga, because I think this was clinical, this yellow card," he added.

Conte continued: "It can seem a stupid thing but no, a yellow card affects the game and Tanganga. I had to make a substitution, but I repeat, the referee can make good or bad decisions and it's normal, just like me or the players."

This article was originally published on 90min as Antonio Conte disappointed with 'incredible' decision to disallow Harry Kane goal .