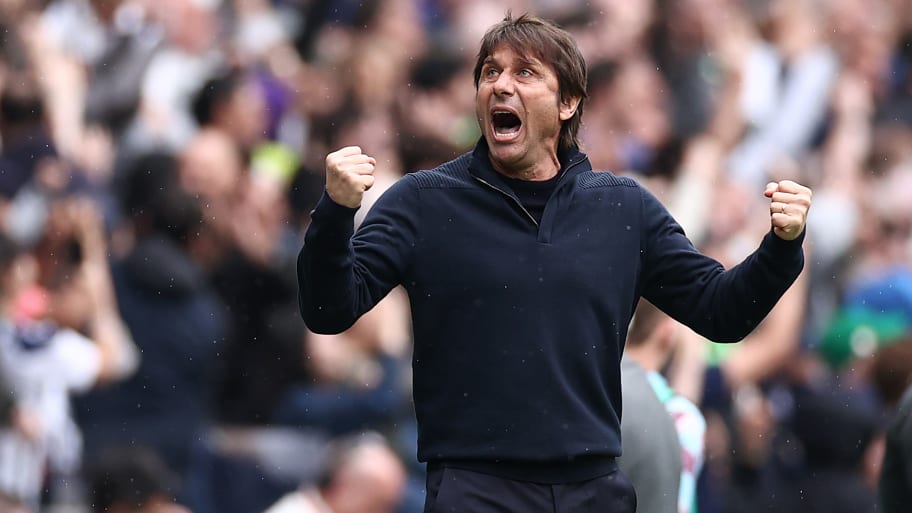 Antonio Conte is said to be in line for a cool £2.5m bonus if he leads Tottenham to a place in the Premier League's top four.

The Italian joined back in November when Spurs were ninth in the table and oversaw a steady improvement which has skyrocketed in recent weeks as victories over Arsenal and Burnley have led them back up to fourth place.

Spurs sit two points clear of the Gunners with just one game to go, and thanks to their vastly superior goal difference, even a draw against bottom-side Norwich on the final day of the season would be enough to secure fourth place - Arsenal are 15 goals worse off and now need a miracle from Norwich.

Should Spurs get the result they need, The Times state that Conte is in line to pocket £2.5m for his hard work.

The hope is that Champions League football will convince Conte to stick around beyond this summer, while the competition's allure should also help them recruit some of the boss' preferred targets.

Dejan Kulusevski's £25m purchase option is expected to be activated this summer, as is the £42.5m clause to pick up Cristian Romero from Atalanta, but Conte wants a number of new signings to get Spurs competing for the Premier League title.

90min understands Spurs officials are confident of being able to sign Christian Eriksen on a free transfer this summer if Conte stays, with the Dane recently admitting he would 'love' to play in the Champions League again.

Numerous defenders and a handful of forwards are also on Conte's wish list, and the plan is to offload a number of fringe players to raise money.

This article was originally published on 90min as Antonio Conte's bonus for Champions League qualification revealed.