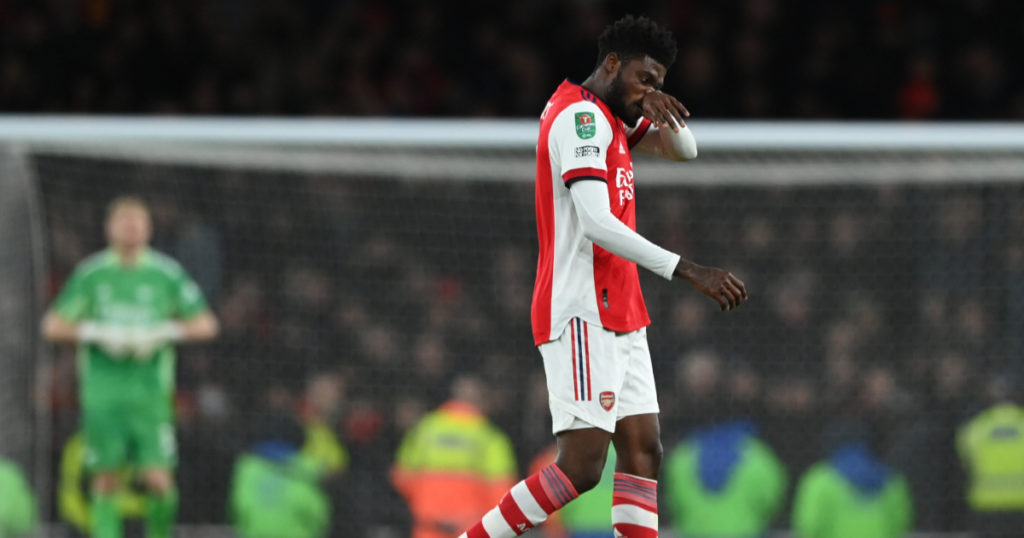 Arsenal manager Mikel Arteta says he has no regrets rushing Ghana midfielder Thomas Partey back into his team for the Caraboa Cup semi final against Liverpool.

Thomas Partey was red carded as Liverpool defeated Arsenal 2-0 to advance to the final of the Caraboa Cup, just 48 hours after playing a part in Ghana's shocking defeat to Comoros Island.

The midfielder left Cameroon on Wednesday and arrived in London on Thursday afternoon, before joining his teammates for last night's game.

The Black Stars midfielder was rusty and in his fifteen minutes on the pitch, went into the books of the referee twice.

"No," Arteta replied when asked if he regrets playing the Ghanaian midfielder. "Well I regret that I cannot use him now, but he made the effort to come and we had to play.

"He hasn't had one single training session, Martin [Odegaard] as well, Laca [Lacazette] had a yellow card," he claimed.

"We had to make a decision and we had to use him."