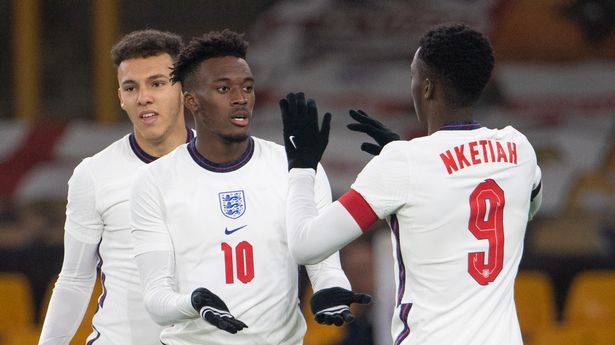 Arsenal striker Eddie Nketiah and Chelsea winger Callum Hudson-Odoi are on the verge of completing their switch from England to Ghana.

Nketiah is the England Under-21 team's all-time leading scorer, while Hudson-Odoi made three senior team appearances in 2019.

Both players, Ghanasoccernet.com can report, have been persuaded to switch allegiances to Ghana, providing a boost to the Black Stars ahead of this year's World Cup.

Both players have obtained Ghanaian passports, and the Ghana Football Association is assisting them in making the switch as soon as possible.

Nketiah, who has four goals in his last four Premier League appearances, has previously appeared 17 times for England's Under-21 team.

Despite scoring 16 goals at U-21 level, Nketiah has yet to earn an England senior international call-up.

"It’s always good to have the opportunity to potentially do that," the youngster added.

Meanwhile, Hudson-Odoi has made competitive appearances for Gareth Southgate's side while still a teenager, during Euro 2020 qualifiers.

A FIFA rule change in September 2020 will allow players with no more than three caps to switch allegiance if those caps were earned before their 21st birthday.

If both players make the switch, it will increase their chances of playing in this year's World Cup in Qatar.