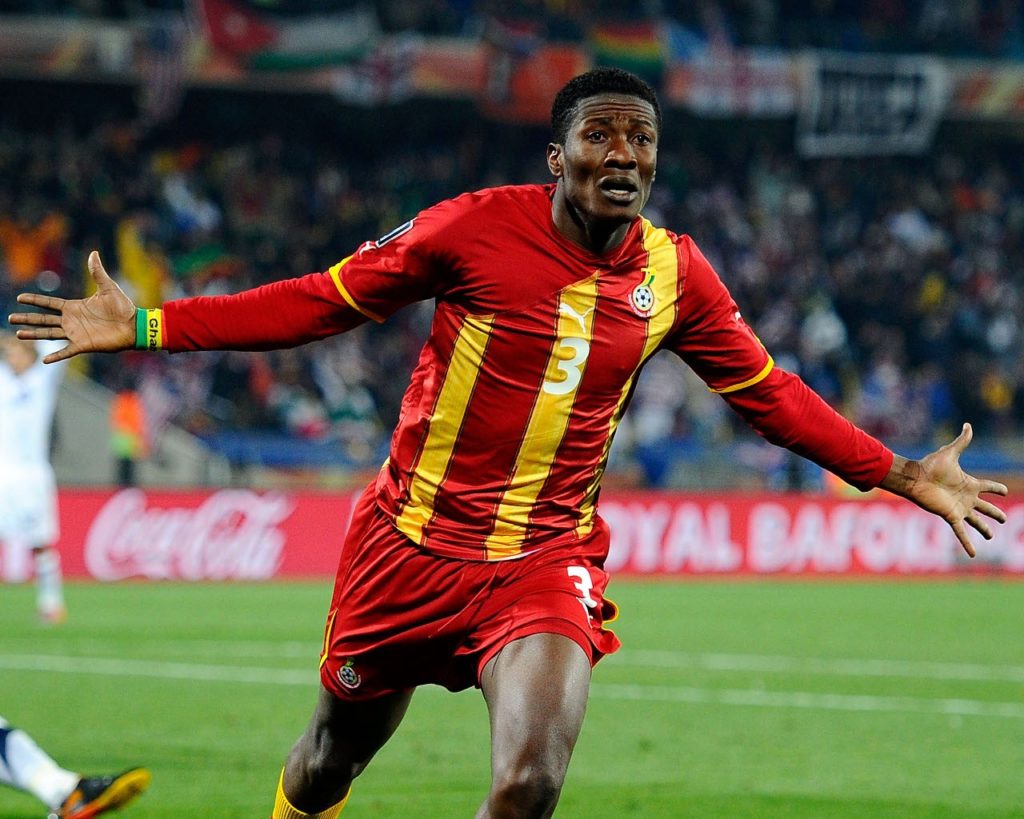 Ghana legend Asamoah Gyan is now the darling boy of South Africans after he claimed that Black Stars were awarded a soft penalty against Bafana Bafana in the crucial 2022 World Cup qualifying match earlier this month.

Black Stars defeated South Africa 1-0, a result that saw the former secure a place in the play-offs and remain in contention to achieve the dream of being in Qatar next year.

Andre Ayew scored the decisive goal in the 33rd minute after Black Stars were awarded a penalty because of a foul on Leicester City defender Daniel Amartey.

Senegalese referee Ndiaye Maguette was close to the action when Amartey was impeded in the box by Mamelodi Sundowns defender Rushine De Reuck.

The referee's decision was apt because Amartey was clearly held in the box by De Reuck who had no intention of playing the ball.

But Gyan, in an interview, seemed to disagree, saying the centre-back went down too easily when asked about the decision.

“From where I sat and how I saw it, the infringement was debatable. I think Daniel Amartey went down too easily,” said Gyan on Asempa FM.

“I think the incident was a bit casual,” added Gyan.

Gyan’s surprise comment has left South Africans in a confident mood. They believe their case has been made stronger by Gyan and a replay would be granted by FIFA.

It has been trending in South African media for days. Gyan has been praised for being ‘honest’ and speaking the ‘truth’ against Ghana despite being highly regarded in the West African country.

Few hours after the match, South Africa made clear their intention to lodge a protest with FIFA and CAF over what they felt was a robbery.

They accused match officials of manipulating the game in favour of the Black Stars and aiding their passage to the final qualifying round.

FIFA Disciplinary Committee have started investigations into the matter with the GFA submitting a strong defence.

Both countries are anxiously awaiting the outcome of FIFA’s pending investigation.